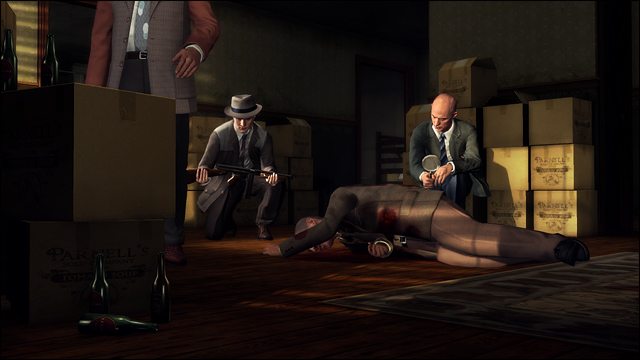 It’s been thought that LA Noire’s Reefer Madness DLC was supposed to be the piece of extra content for the game. Today it seems that Rockstar isn’t finished with the crime drama just yet.  A Rockstar spokesperson recently stated that the game “isn’t complete yet”.

The game which saw development time of seven years is said to have had plenty of content cut-out from the retail version that shipped earlier this year.  Team Bondi themselves had said that an entire desk of cases had been cut from the game for size constraints.  With Rockstar’s recent statement’s could we see that missing case in the near future?  If we do, I wonder how it will work into the game’s story if at all.

We’ll have to stay tuned to Rockstar for more information on further DLC for the game, but until then, the Reefer Madness case just released on Xbox Live and PlayStation Network.  That should hold you over for a bit.