Ghost of Tsushima Has Had Many Haikus Written Since Launch

Ghost of Tsushima is celebrating its One Year Anniversary. 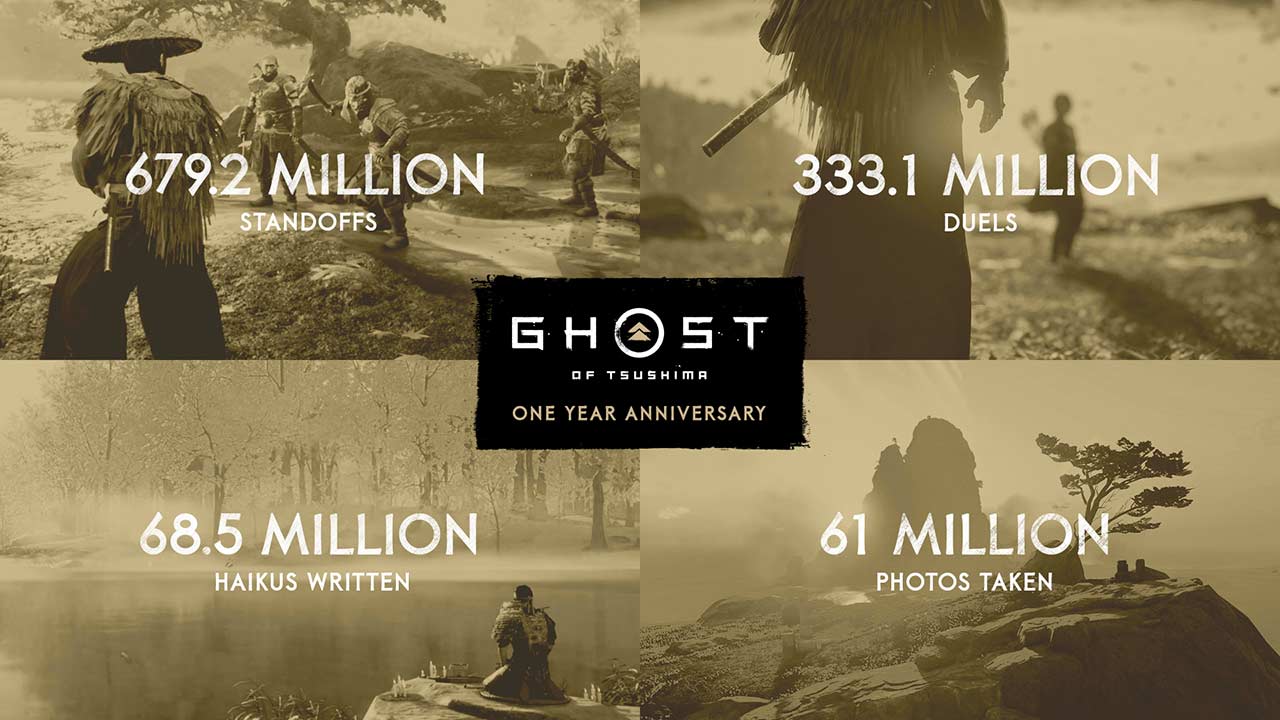 It’s already been a whole year the release of Ghost of Tsushima on the PlayStation 4 and in that year many have played this incredible game.  To celebrate the impending release of the Director’s Cut for the game, Sucker Punch has released some interesting statistics for Ghost of Tsushima.

The numbers are quite staggering when it comes to Ghost of Tsushima:  In the last year there have been 679.2 million stand-offs, 333.1 Million Duels, 61 Million Photos Taken, and 68.5 Million Haikus written.  A second image via Twitter was shared which revealed that players spent 4241 years on Horseback, Summoned 60.1 Million Spirit Dogs, pet 55.63 Million Foxes, and played 40.76 Million Legends Mode Missions.

Ghost of Tsushima will obviously continue to be in the spotlight on the PlayStation 5.  On August 20th there is a Director’s Cut for the game due to arrive.  This version of the game will feature the new Iki Island DLC and have a host of new features, including faster load times, increased visual fidelity, improved audio and a lot more.  Ghost of Tsushima Director’s Cut will also be available on the PlayStation 4.

Right now it’s not 100% confirmed but many believe that there will definitely be a full blown sequel for Ghost of Tsushima.  For now though, fans that are looking for more of this game will get it with the upcoming downloadable content and Director’s Cut.  Already a beautiful game, this one should be a stunner when it arrives on the PS5 on August 20th.