A Letter to PSN Fans from a PSN Fan 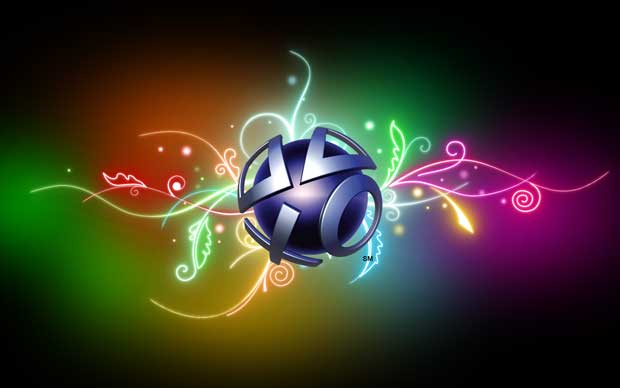 Yesterday, we called on our readers to give us their take on the PlayStation Network downtime, asking them whether they were getting frustrated with the PSN fiasco or not.  We’ve recieved a lot of great feedback, and found that the community is still behind Sony, however disappointed they may be in the majority of circumstances.  One particular comment stood out to us, and since you may not have the opportunity to read through all of them on the original article, we decided to post one that provided a great look at the situation as a whole.

This quote comes from BigRed15 from an earlier article posted on our site.

Sometimes I wonder as to what some of you did before the surge in online gaming, because these complaints are far too many and far too irrational for anyone to switch brands. From profusely researching the topic from the most unbiased sources on the internet, i have come up with some undeniable truths that ALL OF YOU NEED TO PAY ATTENTION TO.

First and foremost, Sony was the victim of a malicious attack because they chose to sue the first person to jail break a PS3. The jailbreak involved custom firmware that allowed players to pirate games and play free content which is in fact illegal. Whether or not that was the hacker’s intent is irrelevant, but what is important here is Sony sued, and hackers retaliated.

Second and even more important than the first reason, hackers, believe it or not , are some of the most brilliant minds in the cyber world today. There is virtually little limit to what they can do, which is highly respectable. However, what isn’t respectable, is that hackers often take the role of anarchist vigilantes who do what they do because they can , and their intent usually is meant to cause harm.   In this case fraud and identity theft are worst case scenarios. The point is, hackers ARE NOT to be underestimated. Sony’s mistake came from not continuously updating their security, which is cause for compensation.  However, we all must understand that regardless, any and every network is unsecure, and its foolish to think otherwise. Xbox has suffered from hacks on a smaller scope, so it does happen. Cyber terrorist attacks occur daily. Companies get hacked and dont even warn their customers, so relish in the fact that Sony is giving you the play by play. Everyone here should be smart enough to know that there is a level of risk involved in putting your personal information online ,ALWAYS. Therefore it’s is important to know the proper steps that it takes to protect yourself from incidents like these. Continuing to be reactive by blasting Sony for being attacked, is much less effective than being proactive by keeping tabs on bank accounts, changing passwords similar to your psn password, etc.

“Jumping ship” seems to be a common theme throughout all these forums that are covering the subject, so allow me to tell you the error of your ways. If online is the only reason that you play games, that is truly a shame because there are A TON of games out right now that are perfect for outages like these: Dead Space 2, Uncharted 2, LittleBigPlanet, Metal Gear Solid 4, Final Fantasy, Dragon Age, Mass Effect 2, Assassins Creed 1-3, Infamous,  Heavy Rain, Killzone 2-3, and let’s not forget the incredible line up that will ensue in the fall: Uncharted 3, Twisted Metal, Battlefield 3, Infamous2, and Resistance 3.  Now can you really sit here and say that none of these games are worth being just a little more patient and loyal for? Because in my opinion that would be far too much to just give up for a few weeks of downtime.  Online gaming isn’t crack, your not suffering from withdrawls so calm down.

Now a lot of complaints have been made regarding Sony’s timeliness of relaying important information to the consumer. While information seemed to sort of trickle down to customers at first, it was clear that Sony was caught with their pants down because of the scope of the attack. A member within the unorganized Anonymous hacktivist group sent a message to Sony servers, it was opened releasing a virus. At first Sony was unaware what was happening, but they knew something foreign had embedded itself into the network. The Playstation network was shut down to prevent the attack from worsening. Sony hired the Federal Bureau of Investigation as well as expert analysts so that it could give its customers all the information they needed in order to protect themselves, instead of the most vague/ irrelevant info that none of us want to hear. Once they were able to assess the damage, they reassessed the current security that they had and chose to basically rebuild from the ground up with more encryptions and firewalls to make future hacks much more challenging. The actions taken to rebuild takes a lot of time, more than many of us may ever know, but it’s unfair to expect the network to recover from such a crippling blow almost instantaneously. Patience is very much of the essence my friends, and Sony has ensured that by May 31st the network should be fully functional so long as no more major disasters occur. The Playstation network is a free service, and it’s clear that Sony is planning a serious apology package that allows gamers access to content that otherwise must be paid for in full. The hit Sony will take just by doing this for all 50 million or so customers (70 million means accounts not total users. Users can have more than one psn username therefore 40 to 50 million is a more accurate number of users) proves that Sony is very customer oriented.

Now, my fellow gamers, I encourage you to read on, search for articles that strive to deliver as much unbiased info as possible, keep being patient because you will be rewarded. Learn the most appropriate ways to protect yourself from cyber terrorism, and most important, relish and enjoy the games because while online gaming is very enjoyable, it’s certainly not the only way to game.

I can tell you that I wont be going back to PS3 after this! The Station network was unreliable before they turned it off and it will probably be as bad or worst when it comes back. But now not just being bad isnt enough. Now you get free ID theft with your subscription to PSN plus crappy service and meh games.

Can you tell which one of these two is a true fan of the hobby of gaming?  We can!