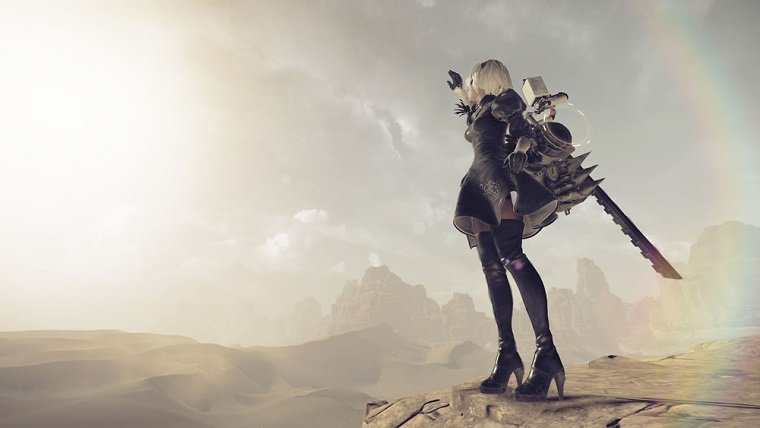 NieR: Automata was one of the “surprise” hits of 2017, with many outlets coming to realize what the fanbase had already known for years: NieR is great. With the success of its most recent entry, the series is now in the limelight and people are already looking forward to what’s next. Fortunately for them, that time might come sooner than expected if the words of producer Yosuke Saito are any indication.

In an interview in the latest issue of Dengeki PlayStation, producer Yosuke Saito, when questioned about the future of NieR, revealed that work (not necessarily development) towards a new NieR entry is already underway.

“As for a game, we’re making preparations for the setting which you could guess from the fact that we were recruiting a scenario planner. I hope you will look forward to it.”

While the setting of NieR is definitely one of the series’ selling points, what really helped cement NieR: Automata as one of the best releases of the year was the work of Yoko Taro and Platinum Games. Assuming this project moves beyond the planning stages, these two entities will be essential in ensuring that the potential title is at the level of its predecessor.

Unfortunately, it’s unclear at this point whether either will be involved: Platinum Games only jumped on board with Automata (Cavia handled the original) and Yoko Taro…is being usual quirky self.

“He is… I would like to believe (laughs). Yoko says he will do anything as long as he receives money for it, but there is no one who doesn’t move for money as much as that man. He only wants to do what he wants to do. So I’ll try my best to explicitly say what he doesn’t want to do to guide him towards what I want to do (laughs).”

More news about this new NieR title is no doubt something to look forward to in the coming months; so here’s to hoping that the appropriate parties decide to work on this new NieR title, as it would be a shame to see it falter after Automata helped bolster the positions of the series and everyone that worked on it.

NieR: Automata is available now on the PlayStation 4 and PC via Steam.