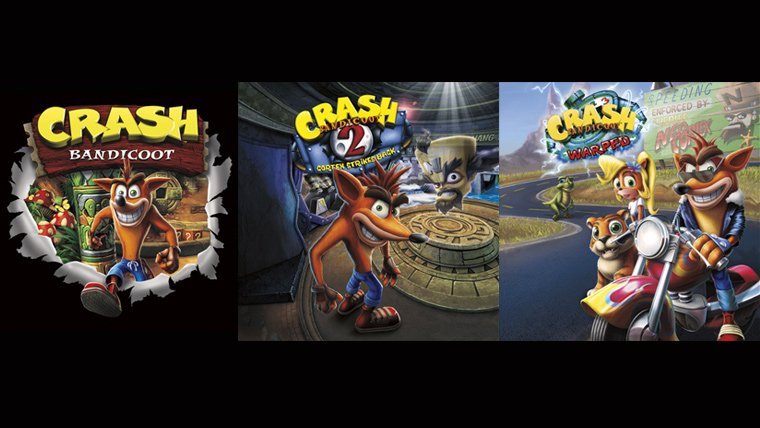 Activision continues the promotion of Crash Bandicoot: N. Sane Trilogy, this time by recreating the artwork of the original PSX games with updated visuals. Ironically, the new covers have a more hand-drawn style compared with the computer-generated visuals of the original art, giving them an air of a classic production, which is great considering how much they are trying to appeal to the nostalgia of the fanbase.

Put side by side, the new covers gain a lot in details largely thanks to its hand-drawn artstyle. The original covers now seem really lacking in that aspect, as they were based on the graphic style of the videogames, which were released on the first PlayStation.

If we are looking for differences, the facial expressions of the characters will be the standout. Logically in part when we think that any minimal change in the lines of the drawing would completely change the expression of each character. What is funny is that the remade covers have kept the dissonance in the face of Crash himself, which varies in a big way from one entry to another, especially between the first game and the two others. So it’s clear that Activision is really paying attention to all the details.

The company is basing the marketing of the remake on the release of promotional videos showcasing sequences of the games. The last video showed footage of some of the villains, including Papu Papu, Ripper Roo, Koala Kong, Pinstripe Potoroo, the Komodo Bros, Tiny Tiger, and Giant Polar Bear.

Additionally, the company is also releasing lots of merchandising created by Numskull and based on the most iconic objects and symbols of the game, knowing that the public is really responding to this nostalgic release.

Crash Bandicoot: N. Sane Trilogy will be released on PlayStation 4 on June 30th.