The latest news in the world of video games at Attack of the Fanboy
February 15th, 2017 by Kyle Hanson 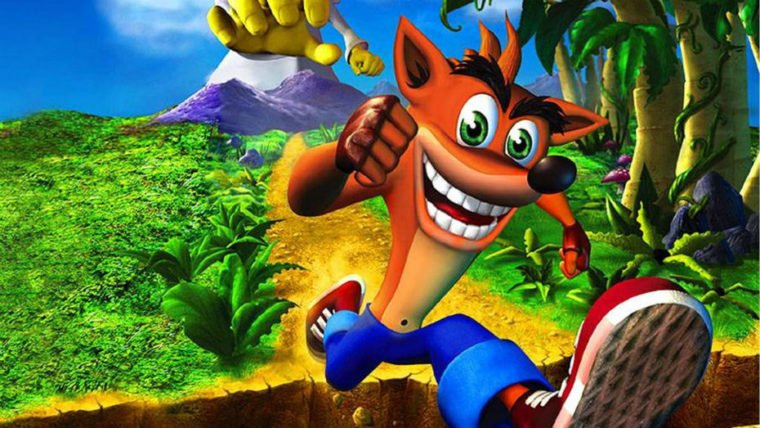 After years of waiting and begging for the series to be revived in some fashion, Crash Bandicoot fans finally had their dreams come true at Sony’s E3 2016 press conference. There, it was announced that the original PlayStation 1 trilogy would be remastered for the PS4, bringing the franchise back in a big way. It seems that Activision wasn’t done though, as they are now teasing some big new announcement concerning Crash Bandicoot, which will be revealed tomorrow.

On Twitter Activision set fans buzzing with a tweet that said “Yeah, we’re pretty excited too!” Followed by a short video of Crash with the text reading “Crash is Back! Don’t miss tomorrow’s big announcement.” This, of course, was perfect fodder for speculation and rumor.

These range widely, but the one that makes the most sense is a firm release date, as the image in the tweet has boxes with question marks in the form of a date. This is almost certainly what is being revealed, but that hasn’t kept fans from coming up with their own theories.

These include the release of Crash Bandicoot on Xbox One, and an entirely new game in the series. Crash coming to Xbox One wouldn’t be too shocking, so that could definitely be a part of the announcement tomorrow. It’d still be a surprise though, since the first games were made by Naughty Dog, who remains a PlayStation exclusive developer. However, a totally new game in the series would be shocking, especially with the remastered trilogy coming. It seems like Activision could just use this release to gauge interest in a true sequel, rather than going full steam ahead with a new game.

Outside of a release date for Crash Bandicoot: N. Sane Trilogy, what would you like to see revealed tomorrow? Let us know in the comments.