The latest news in the world of video games at Attack of the Fanboy
October 2nd, 2015 by William Schwartz 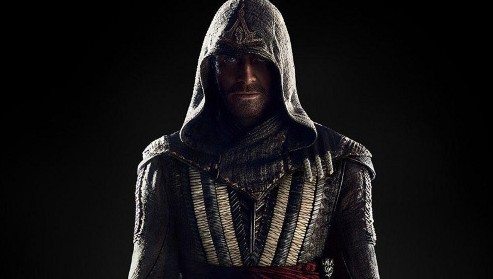 The upcoming movie, based on Ubisoft’s Assassin’s Creed franchise, has revealed additional casting. A recent article from Deadline, has surfaced that Jeremy Irons (who will be playing Alfred in the upcoming Batman Vs. Superman: Dawn of Justice) and Brandon Gleeson have been cast.

Jeremy Irons will play the father of Michael Fassbender’s character Callum Lynch, with Gleeson also taking the role of a father to Marion Cotillard’s supporting role, which has yet to be revealed. It was announced a few months ago that the movie will share the same universe as the games, movies, and comics in the upcoming film, but feature a brand new original story. Assassin’s Creed is planned for a December 2016 release date, but not much story information has been detailed.

While many are not fans of video game movie adaptions, I have faith that with Ubisoft’s new movie studio and their attempts to adapt the series faithfully will help this movie succeed. It doesn’t hurt when your cast is filled with A-list actors who have gone on with great performances in contrast to other films based video games. Of course only time will tell if Assassin’s Creed can translate onto the big screen.