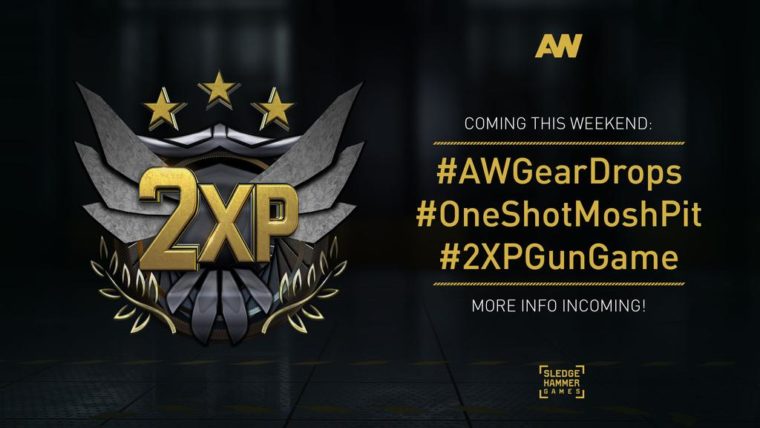 Call of Duty: Advanced Warfare is getting a popular mode added to it soon.  Gun Game was recently teased by Sledgehammer Games to arrive alongside a Double XP weekend for the shooter.

A couple of days ago, Gun Game was spotted by players who dug into the game’s code, and then subsequently teased by SH Games’ Michael Condrey.  Any doubt that Advanced Warfare players will be playing the popular mode shortly, can be put to rest after the developers revealed the image above.

Also slated to arrive are new Advanced Warfare gear drops, and a One Shot Mosh Pit Playlist.  Sledgehammer hasn’t revealed exactly what new gear will be added to supply drops.  The One Shot game mode was recently added to Advanced Warfare as a snipers only mode.

Gun Game, One Shot Mosh Pit, and New Supply Drop Gear will arrive with Double XP Weekend, which should begin on February 13th and run through the weekend.