Agents Of Mayhem Gets A Franchise Force Trailer 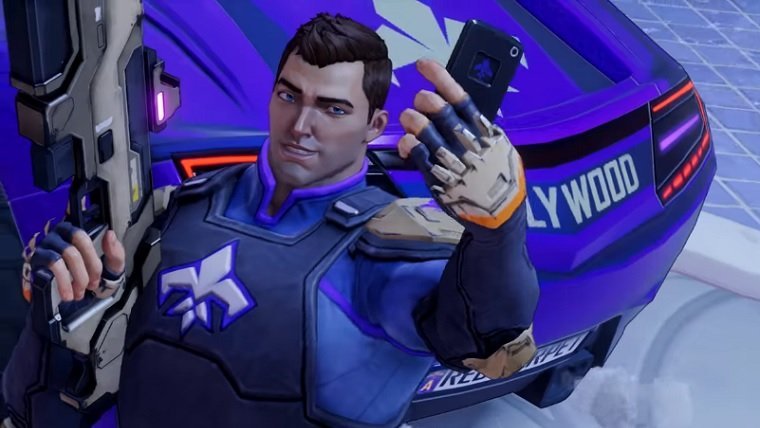 Saints Row developer Volition has a new game on the horizon, with this one being the open world action-adventure game called Agents of Mayhem. The game was originally announced in June of last year, and despite a general lack of new information we now have a new trailer to watch. It’s called Franchise Force, and you can check it out at the bottom of this post.

The Franchise Force is a team of 3 people, who are Hollywood, Hardtack, and Fortune. Seeing as this is a game from Volition, the trailer unsurprisingly shows that each of these characters are as zany as you would expect them to be. The trailer does a good job of giving us the background information on each of these 3 characters, as well as giving us a taste of how they control in combat.

Each of the 3 agents will feature their own play-style, with different weapons and abilities making them stand out. Hardtack uses a shotgun, Hollywood uses an assault rifle, and fortune dual wields pistols. Each agent also has superpower moves called Mayhem abilities, which can be used upon filling up the accompanying bar from dealing damage to enemies.

If you noticed how similar the game looks compared to Volition’s own Saints Row series, that is because the game is actually a spin-off of it. The game takes place after the “recreate Earth” ending of the Saints Row 4 expansion, Gat out of Hell. The story focuses on an organization called M.A.Y.H.E.M. (Multinational AgencY Hunting Evil Masterminds), which was founded by Gat out of Hell’s Persephone Brimstone and funded by the Ultor Corporation. M.A.Y.H.E.M.’s main goal is to stop L.E.G.I.O.N. (the League of Evil Gentlemen Intent on Obliterating Nations), from obliterating nations.

Agents of Mayhem is set to launch for PlayStation 4, Xbox One and PC on August 15th. Check out the franchise force trailer below.