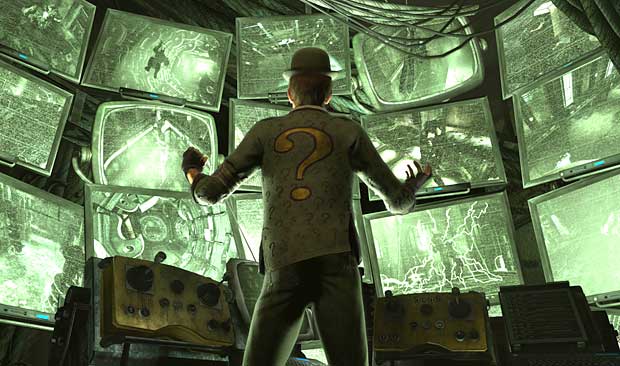 If you’ve been following the development news behind Rocksteady’s upcoming sequel, Batman: Arkham City, you’ve found out by now that the game is a much larger experience than its predecessor.  But in a recent interview, Dax Ginn of the London’s Rocksteady Studios, explained that  “Arkham Asylum was a much more claustrophobic experience” than what Arkham City sets out to be.

“I think thing that’s going to really strike people (about the new title) is the sense of freedom and power you have to carve around the streets, pursue and unfold the game in any way you want to.  Ginn continued “We’ve really made that the focus of the game. Eighty per cent of the game is this massive open world.”

What all Batman fans are waiting to hear are exactly who is going to be included in the game, which as of yet, has not been confirmed.  We’ve heard rumors of many characters from the Batman universe.  These include, The Joker, The Riddler, Hugo Strange, Catwoman, Two-Face, and others who have yet to be announced.  Ginn noted that there are five times as many characters to be included in Batman: Arkham City, and we’re looking forward to the reveal of each one as the game gets closer to its Fall 2011 release window.