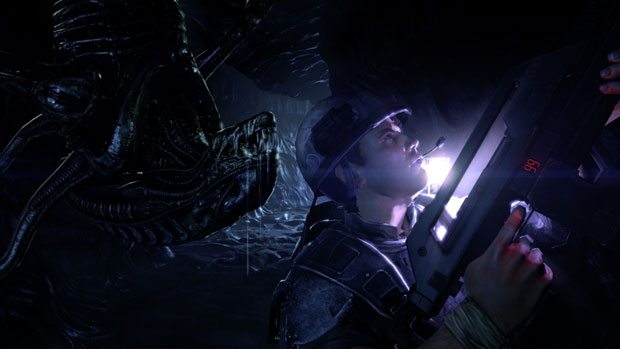 This morning Gearbox Software announced a release date for Aliens: Colonial Marines.  The long-awaited shooter is set to release on February 12, 2013 according to a press release from Sega containing the announcement, which would mark a delay from the original target date of Fall 2012.  Aliens: Colonial Marines is said to be the first “authentic addition to the ALIENS franchise canon.”

“I am thrilled to announce the definitive launch date,”  said Gearbox’s Randy Pitchford “Aliens: Colonial Marines is the culmination of a life-time of inspiration from the films and relentless passion and drive from the exceptionally talented development team behind the scenes.”

Aliens: Colonial Marines begins with an ostensibly abandoned ship, the U.S.S. Sulaco, recovered in orbit around LV-426. Players lead a group of highly trained United States Colonial Marines as they board the deserted craft to uncover the fate of the crew. They will have to fight to survive unspeakable horrors and their own anxieties as they chase down the truth behind a galaxy-spanning deception that places humanity at the mercy of the most murderous and deadly species in the universe.

Aliens: Colonial Marines is due to head to the Xbox 360, PlayStation 3, Wii U, and PC.