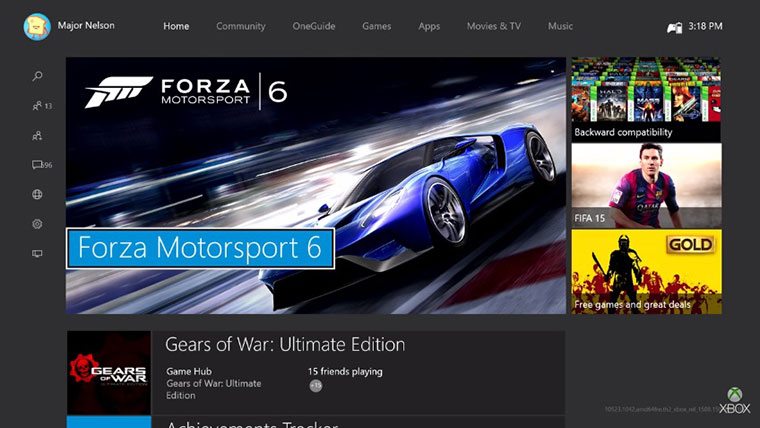 Everyone who has been participating in the Xbox One Preview Program is being transitioned from the old Xbox One dashboard to the new one, according to a message that recently went out to preview participants.  While some got a chance to test drive the new dashboard by opting in to the New Xbox One Experience, all preview members will soon be transitioned over automatically.

If our experience is any indication, an automatic update to the console will take place that installs the NXOE preview.  Our experience with the new dashboard has been pretty seamless, with very little issue in accessing games, downloadable content, friends lists, parties and the like.  However, a number of users who have been previewing the NXOE have had complaints about the new dashboard making certain types of content inaccessible.

The New Xbox One Experience most certainly lives up to its name as its a complete refresh for the dashboard that makes navigation through important items a much more streamlined and faster experience.  A navigation bar on the left side of the dashboard allows you to access parties and friends much easier than the previous set-up, while recent games and apps that you’ve used are still just a click away.  The NXOE more closely resembles the system from the Xbox 360 that fans enjoyed.

Due to popular demand, Microsoft recently announced that they were beginning to allow less users into the Xbox One Preview Program as it was reaching capacity.

The NXOE is slated to arrive for all Xbox One owners later this year.