Amaterasu Is Headed to Monster Hunter Rise Later This Week

The latest news in the world of video games at Attack of the Fanboy
July 27th, 2021 by Noah Hunter 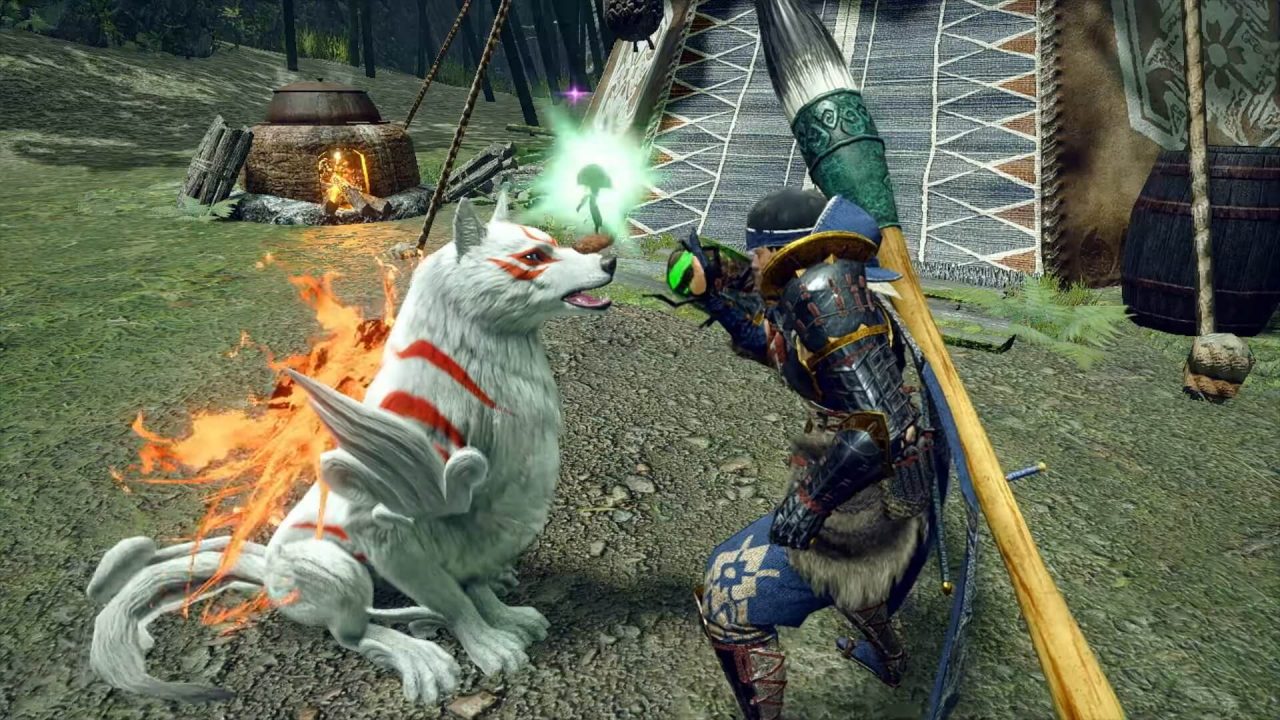 Capcom has announced via Twitter that Amaterasu, the Sun Goddess from Capcom’s own Okami, will be headed to Monster Hunter Rise this Friday, July 30th. This is the second of five promised Capcom collaborations so far, featuring crossovers of favorite Capcom franchises within Monster Hunter Rise’s world. The third collaboration is set to be revealed and released next month, while the other two collaborations are scheduled for Fall 2021 at the time of writing.

For those unfamiliar with Amaterasu, she is the main protagonist of Okami, a game created by Capcom that launched in 2006. In 2017, a remastered version of the game titled Okami HD was released across modern platforms, where it has received countless praise for its ambition and uniqueness. The first Capcom collaboration was for Monster Hunter Stories 2, which featured a Palico Armor Set resembling Tsukino. Monster Hunter Stories 2 was just recently released a few weeks back on Steam and Nintendo Switch, and in our review of the title, we said it was “a blast from beginning to end, offerings tons of content and a unique take on the Monster Hunter formula”.

Many fans were hoping to see an Okami collab as one of the Capcom collaborations, and it seems that Capcom has delivered the perfect collaboration for the franchise. With three more collaborations on the way, we are sure to see more great collaborations featuring beloved Capcom characters in the world of Monster Hunter Rise. Our bet is on a Devil May Cry inspired armor set, most likely being Dante’s iconic red coat. A Vergil counterpart piece of armor would also be a real treat to complement this collaboration if it were to happen. Regardless, we cannot wait to see what Capcom brings to the hit title next!

You can check out the trailer for this collaboration at the end of this article. The Amaterasu Palamute Layered Armor Set will launch on July 30th as an Event Quest Reward on Friday.