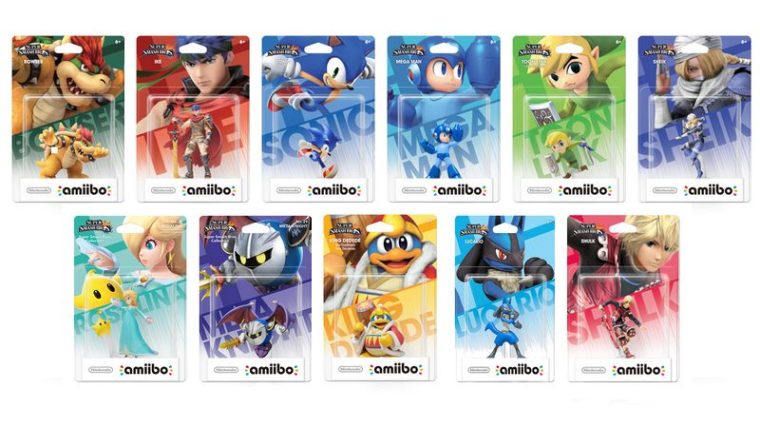 Nintendo’s incredibly popular amiibo figures have followed a rather erratic release scheduled since the more smooth first wave. Since then, wave two has fully released and half of wave three has released, with both seeing completely random and sporadic release dates across retailers. With Friday being the first truly big release for what many on the amiibo subreddit have donned Wave 3b, I thought it’d be a good idea to let you know just where you can plan on trying to acquire the next batch tomorrow, February 13.

Specifically wave 3b is made up of King Dedede, Ike, Sonic, and Mega Man, a few of which had a limited release at some FYE stores this past weekend. However, outside of Amazon and FYE, hardly anywhere else has had them in the US quite yet. That is all changing on Friday though, as all four will be officially released at Toys R Us.

Unlike Toon Link, Sheik, and Bowser from the first group of wave 3 at Toys R Us, these four are supposed to actually be street dated and unable to be sold before Friday, February 13. This is excellent news for collectors, as they can actually plan on going to the store before or at opening to hopefully acquire these amiibo. I know that’s exactly what I did for Lucario at Toys R Us and Rosalina, Toon Link, and Sheik and Target a few weekends ago. I was successful and will be doing exactly that again this Friday.

It may also be a good idea to call your local Toys R Us on Thursday night to see if they got them in already and find out how many they will have in store. It certainly would be disappointing to stand outside before opening and it end up their shipment never came.

With Target supposedly not even carrying wave 3b in stores, Toys R Us is certainly going to be one of the best options out there for you to get these four new amiibo. Best Buy is also said to have only Sonic available starting Friday, so that might be a backup option just for that specific amiibo, along with Walmart.

If you have no success getting any of them at Toys R Us on Friday, Best Buy is reportedly going to have King Dedede, Ike, and Megaman a week later on February 20, alongside Meta Knight. However, Best Buy has yet to officially confirm this date for Meta Knight, so make sure to stay tuned for more information on him over the next week.

Lastly, while Shulk has a release date listed on GameStop of February 13, he is able to be sold as soon as he arrives and most will be sold out completely by Friday anyways. If you are interested in Shulk, you may want to just start calling around to area GameStops now.