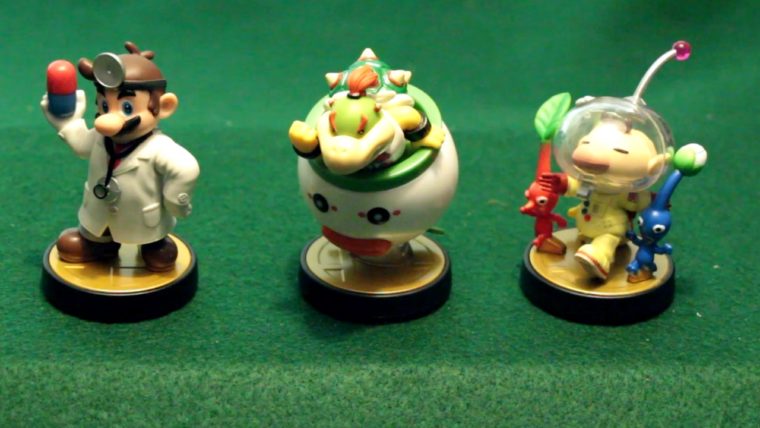 Amiibo Wave 5b is about to hit the US next month, but it’s already out in much of the world. We got our hands on a few imports of this highly sought after set of Amiibo and have the below video for you to enjoy.

In it we unbox three figures contained in Amiibo Wave 5b, Dr. Mario, Olimar, and Bowser Jr. Get up close and personal with these three figures and see if they hold up to the high standards set by previous Amiibo.

After getting some hands-on time with the figures, along with all the other currently released Amiibo, I can easily say that they meet the expectations. Nintendo has really done a great job of bringing these, and the rest of their characters to life.

These three figures in particular stand out as they don’t have intricate faces, or smaller items that can cause issues, such as we’ve seen with Marth and others. The exaggerated features really stand out and make these Amiibo look great among the collection.

Olimar in particular is a favorite of mine, with his clear plastic helmet and the three Pikmin that accompany him. His Amiibo is essentially a life-size figure of the character, making him feel quite unique among the others.

Amiibo Wave 5b hits the US on September 11th.