GTA Online's most notorious bike may be getting some changes. 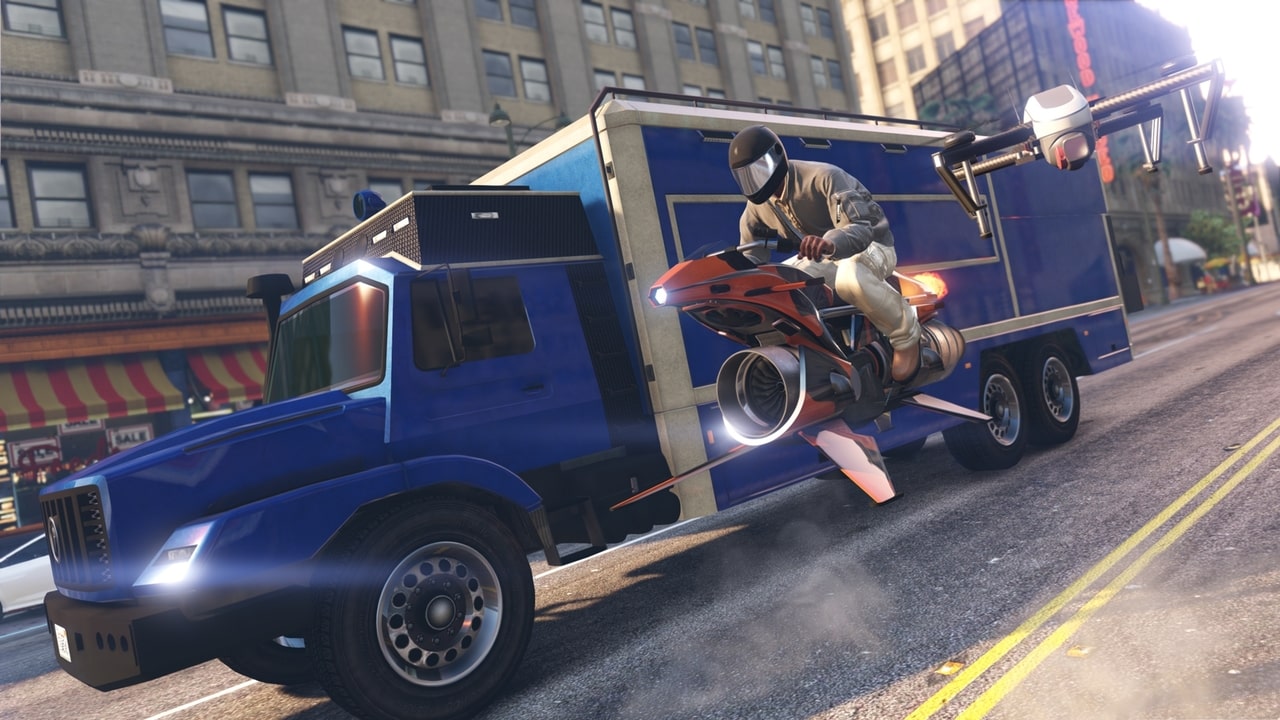 The Oppressor Mk2 has been a problem in GTA Online since its introduction, and this flying bike may finally get some serious changes in an upcoming Grand Theft Auto V update according to the latest Rockstar Newswire post. The new post details all of the new changes in the next-gen update for GTA V and GTA Online, but there’s an interesting section after the list of patch notes that discusses the developer’s future plans for the game.

GTA Online is a constantly evolving game, but balance changes to vehicles like the Oppressor Mk2 have always felt like they were on the backburner compared to new content updates and cash sinks for veteran players. That could all change sometime soon, though.

At the end of the recent Rockstar Newswire post, Rockstar states “Going forward, we plan to continue making further adjustments across all versions of the game, in addition to rebalancing other areas — such as vehicles commonly used in PvP combat. Stay tuned for details.”

Nothing is mentioned explicitly, but many players expect one of the vehicles in question to be the Oppressor Mk2 since the post specifically calls out popular PVP vehicles.

A handful of planned future balancing adjustments were listed in the blog post above this tease, such as increases to daily Nightclub payouts and the payouts for Biker sell missions, but details regarding combat balancing are scarce.

GTA Online recently launched on next-gen consoles like the PS5 and Xbox Series X, and that next-gen update was likely occupying most of Rockstar’s time in the months leading up to release following the launch of The Contract update.

Now that the game is out on next-gen systems, the studio can start working on the next major update for GTA Online, which will likely include nerfs and balance adjustments for the Oppressor Mk2 and other vehicles that are commonly used to grief other players.

Grinding businesses only to have your cargo destroyed by a 12-year-old with an Oppressor is a common occurrence in GTA Online, so it’s nice to see that at least something is planned for a future patch.

Will There Actually Be an Oppressor Nerf?

Some players believe that the Oppressor Mk2 will not be nerfed at all, however, since Rockstar has been so hesitant to adjust the flying bike in the past. The missiles are the most annoying aspect of the Oppressor Mk2, but removing the missiles or changing them would make players much less likely to buy the expensive vehicle.

Other players believe that Rockstar will simply introduce more ways to counter vehicles like the Oppressor, keeping the bike powerful while giving players on the ground more ways to defend themselves.

Whatever happens, Rockstar will most likely share additional details regarding PVP balance changes in GTA Online in an upcoming Newswire post. GTA Online updates tend to release every few months, and the next content update for the game following The Contract could contain the first few fixes for annoying PVP vehicles and other griefing methods.