Analysts predict Medal of Honor Warfighter to be a “major disappointment” 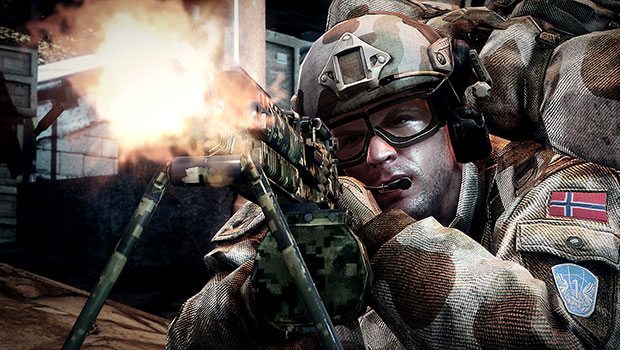 Electronic Arts is readying to ship their fall shooter with Medal of Honor Warfighter from Danger Close Studios on October 23rd. The second entry in the franchise since the 2010 reboot will be going head to head with stiff competition from Activision’s Call of Duty: Black Ops 2 and Microsoft’s Halo 4. For those reasons, one industry analyst has a dismal outlook for the game when it comes to sales, and recently voiced his opinions to Games Industry.

“Medal of Honor: Warfighter appears likely to be a major disappointment,” said the analyst. Expectations for Medal of Honor Warfighter sales have moderated significantly, likely down to the 3-4 million unit range, we are concerned that those expectations may still be too high. We think the game might struggle to sell through 2 million units worldwide.”

The analyst points to concerns about the company failing to disseminate review copies to media outlets for the game, and believes that the game has a very small window of opportunity to capture sales from gamers that are awaiting the other more popular shooters releasing in early November. The analyst also points out that not shipping any review copies prior to the release of the game, could point to a lack in confidence in the quality of the game.

“With only a week before a murderer’s row of AAA titles begins to come out, we think Medal of Honor: Warfighter has a very short window to capture sales, and a dearth of reviews is unlikely to help. The decision to make early review copies unavailable does not suggest to us that the company has a high degree of confidence in the quality of the game.”

Battlefield 3 saw similar problems with its launch last year, but went on to be the best selling Battlefield game in the franchise. While this strategy seemed to work well for EA last year, analysts aren’t so sure about it this time around. Medal of Honor will be available on the Xbox 360, PS3, and PC on October 23rd.