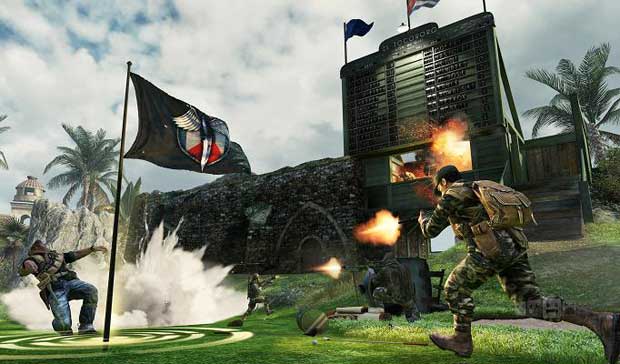 Activision has confirmed earlier rumors that Call of Duty: Black Op’s  third map pack, Annihilation, will release on June 28th.  Everything in the promotional image that was leaked earlier turns out to be true.  Mark Lamia reaffirmed rumors of the four competitive multiplayer maps Hangar 18, Drive In, Silo, and Hazard.

“Players will also enjoy an all-new Zombies experience, Shagri-La, an exotic and mysterious map filled with deadly traps, dark secrets, and innovative gameplay that will challenge even the most daring Zombie hunters.”  is how Lamia explained the “new” Zombies experience.  Sticking with the trend, the Annihilation Map Pack will launch on Xbox Live first, and will be made available on June 28th.