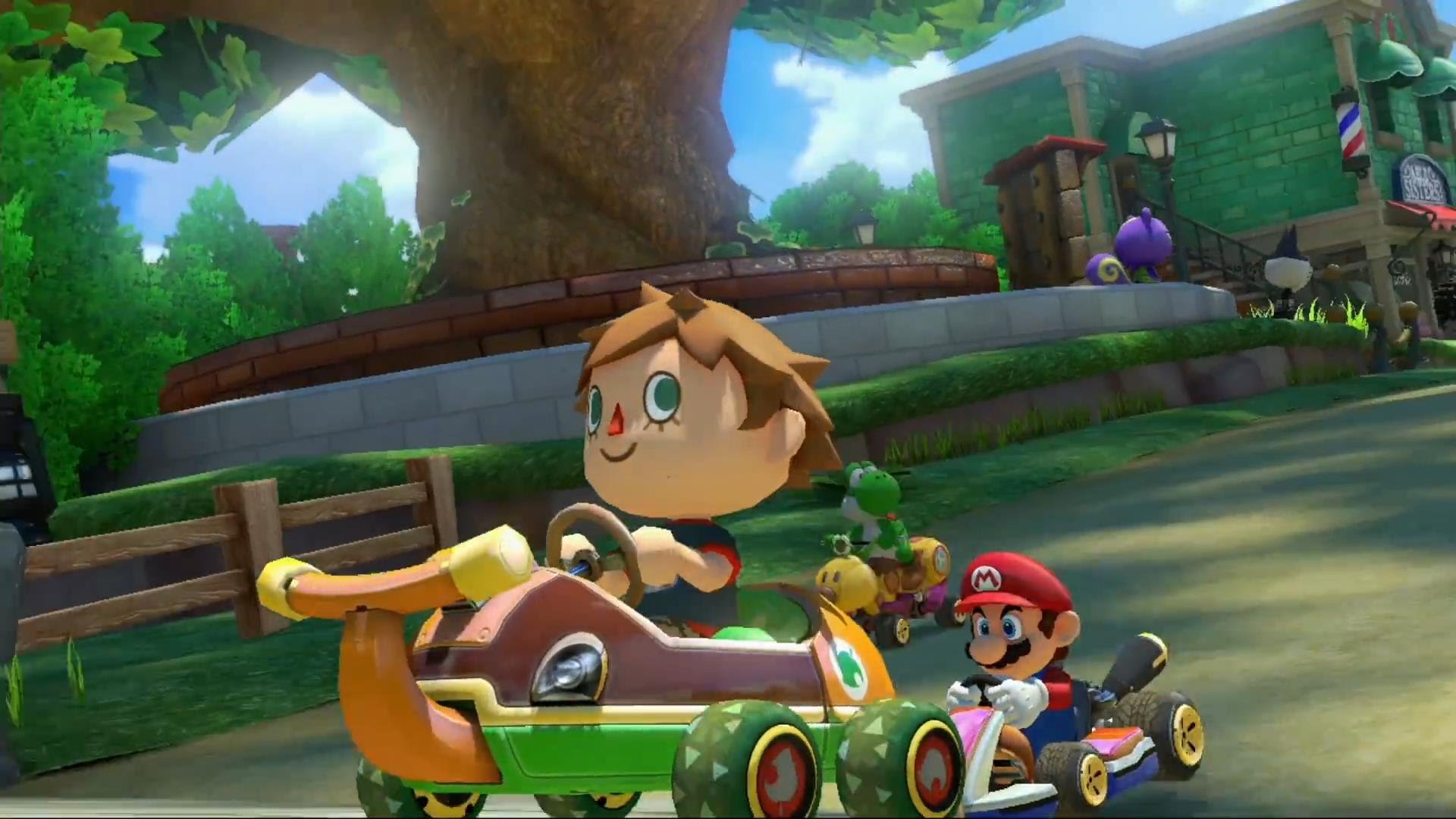 The first Mario Kart 8 DLC pack allowed Link, our favorite silent, green-garbed Hylian, to join Mario and friends on the racetrack. Now with Mario Kart’s second DLC package, even the villager and Isabelle from the Animal Crossing series can join the fun.

The new Mario Kart 8 DLC pack, which became available on Thursday for download, features three new characters- along with the villager (available in both female and male body styles) and Isabelle, players can take control of Dry Bowser. Additional content includes eight new tracks, two new cups, and four new vehicles to hit the gravel with. Free to all players, even those who haven’t opted to purchase the DLC pack, is a new 200cc racing class. The 200cc racing class update will be available for all currently available tracks, including the ones available in the new Mario Kart 8 DLC pack.

The pack, by itself, can be purchased for $7.99. If players would like to download both of the currently available Mario Kart 8 DLC packs, they can do so for $11.99. And if players have both packs, whether purchased separately or together, they’ll be able to receive eight new colors for Yoshi and Shy Guy. 2 GBs of data on the Wii U are required in order to download and enjoy the DLC packs.

No word on what we can expect from future DLC packs but even with a couple Mario Kart 8 DLC packs already out, the Mario universe is growing larger and larger by the day.