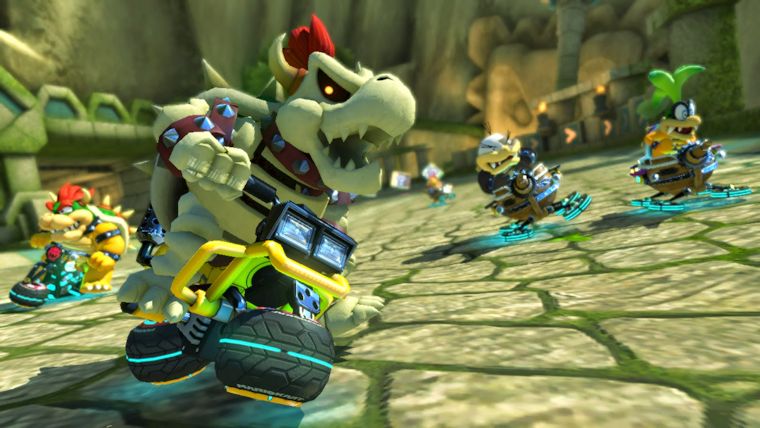 Mario Kart 8 was released nearly a year ago and we learned last fall that there were going to be two sets of DLC available. The first of those arrived last November, with the second scheduled for May, though that was pushed up to April during the latest Nintendo Direct. We knew all the new characters being introduced and a couple tracks, but now Nintendo has revealed all eight tracks that you can expect to see in Mario Kart 8’s second DLC pack.

Nintendo of Japan released a number of trailers to their official YouTube page, which also included a mashed up version with all eight tracks and the new vehicles being shown off as well. As with the first DLC pack, there are two new Cups, one with four retro tracks and another with four new tracks. According to Eurogamer, Nintendo has officially revealed that the tracks that  you will find in the second DLC pack for Mario Kart 8 will be:

To avoid any confusion, Neo Bowser City is the name in the US while the European counterpart is Koopa City, as that report states. The release also reveals the four vehicles that are being added with Bone Rattler, City Tripper, P-Wing, and Streetle, in addition to the previously revealed as playable Villager, Isabella, and Dry Bowser. You can look for this second DLC pack to arrive next Thursday, April 23 for $7.99 by itself or as $11.99 for both DLC packs.