The latest news in the world of video games at Attack of the Fanboy
February 23rd, 2017 by Joshua Evans 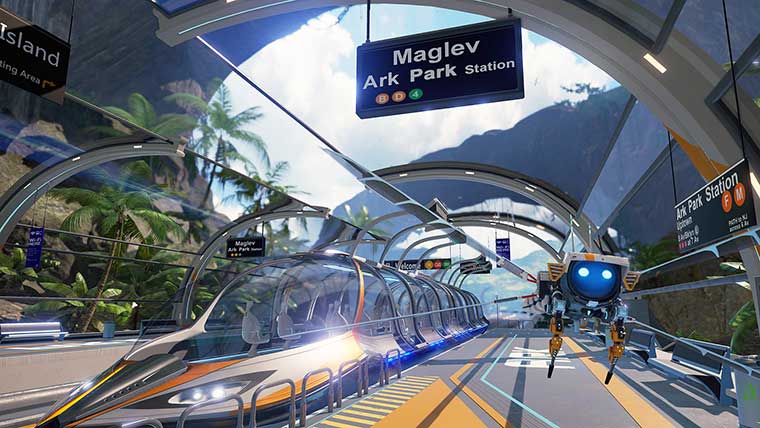 If you thought Ark just was not immersive enough in the dinosaur department, then maybe Ark Park may just be your cup of tea. From the looks of it, Ark Park is the VR version of Ark without all the survival aspects, and online players destroying your property. It seems this VR experience is going solely for the feeling of being right next to dinosaurs, grabbing on to that child like wonder dinosaurs invoke, that people have not really had since Jurassic Park. And speaking of Jurassic park, the opening of this trailer seems to definitely be shooting for that kind of feeling.

The original Ark felt like a survival game with dinosaurs, where the dinosaurs were just a tool used to differentiate the game from other survival games. Ark Park has the dinosaurs as the sole focus, and it looks fantastical. You can walk right up to them, and because the game is not yet focused on the mortal terror of running screaming away from a Tyrannosaurus Rex, they will not bother you. They seem to interact with the player, just not actively try and harm them as quite a few of them walk right up to the player during the hands on footage. However you can feed the Dodos, so if that has always been a childhood dream of yours, you can realize it now in VR. Because feeding Dodos in the original Ark was an exercise in futility. There is also an futuristic looking facility you can hang out in that allows you to look at, and manipulate holograms of different dinosaurs. Seems a bit strange to bother with the holograms when you can go and look at the game’s actual dinosaurs.

Ark Park actually looks like it could be VR done right, even if it is just a way for players to look at their favourite dinosaurs in an immersive way. All it needs is a random cup of water in the jeep to alert players to the arrival of bigger dinosaurs.