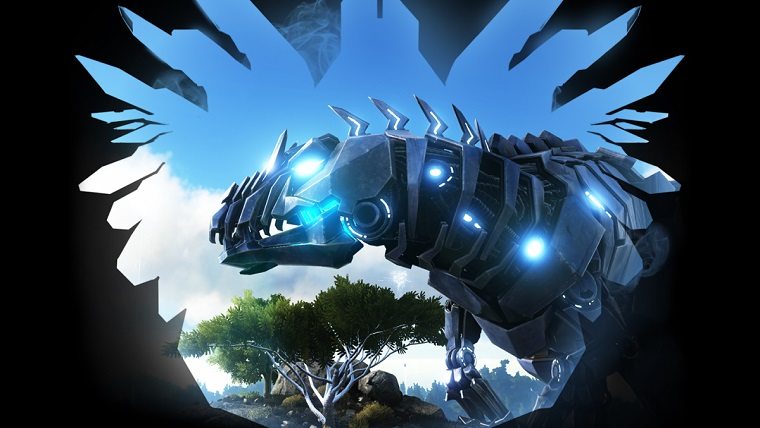 Studio Wildcard is teasing fans with a new dinosaur in Ark: Survival Evolved, and judging form the image it definitely isn’t your typical dinosaur. In fact, it appears to be a robotic Giganotosaurus, which is certainly a sight to behold.

Of course, that is all the information that Studio Wildcard gave to fans, saying that more information will come later. However, they will be hosting a Twitch stream today that will apparently be showing off what they’re teasing.

A patch for the game was also released, which notes “HUGE IMPROVEMENTS” for matchmaking, ELO rating, item rewards, mega perf gain and more. You can check out the complete patch notes by clicking right here.

Ark: Survival Evolved is currently in early access, though it is set to officially launch in June of this year for PlayStation 4, Xbox One and PC.