The latest news in the world of video games at Attack of the Fanboy
December 29th, 2015 by Scott Grill 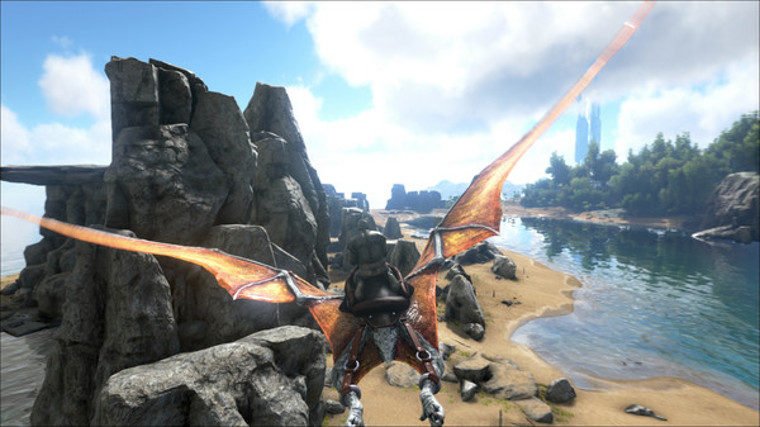 Xbox One owners have had a difficult time finding servers to play ARK: Survival Evolved on since it launched earlier in December. That’s no surprise now as Studio Wildcard announced the number of people playing the console version of the dinosaur survival game has already surpassed the PC release on Steam after just one week.

Studio Wildcard Co-Creative Director Jesse Rapczak revealed in an Xbox Wire post that ARK: Survival Evolved was downloaded over one million times in its first week as an Xbox One Game Preview release. There is no breakdown between the number of trial downloads versus paid downloads, but it does help explain the overloaded servers.

As previously covered, a change was made to ARK’s server configuration last week to give trial players their own special servers to alleviate some of the demand. It is still difficult to get on despite the change and hundreds of official servers added since launch.

ARK: Survival Evolved is the first survival-style MMO game to reach consoles despite years of popularity in the PC community. Zombie survival titles such as DayZ and H1Z1 have been announced for the PS4 and Xbox One, but have yet to see any form of release. So, it should be no surprise that console gamers have flooded ARK to check out what all the fuss is about.

The game was first released as a Steam Early Access title in June 2015. The full ARK release for PC and Xbox One is currently set for June 2016 plus it will also hit the PlayStation 4. Studio Wildcard intends to make the most of the seven months of development, according to Rapczack.

“You can expect community feedback to be integrated into the Xbox One version of [ARK: Survival Evolved] with regular updates about every two weeks. This will eventually include highly-demanded features like split screen support, gamepad customization, UI improvements, tweaks to current game modes, balancing improvements and all the new content that is going into the PC version. That’s awesome considering there is already three times as much content in the game today compared to the PC launch 7 months ago.”