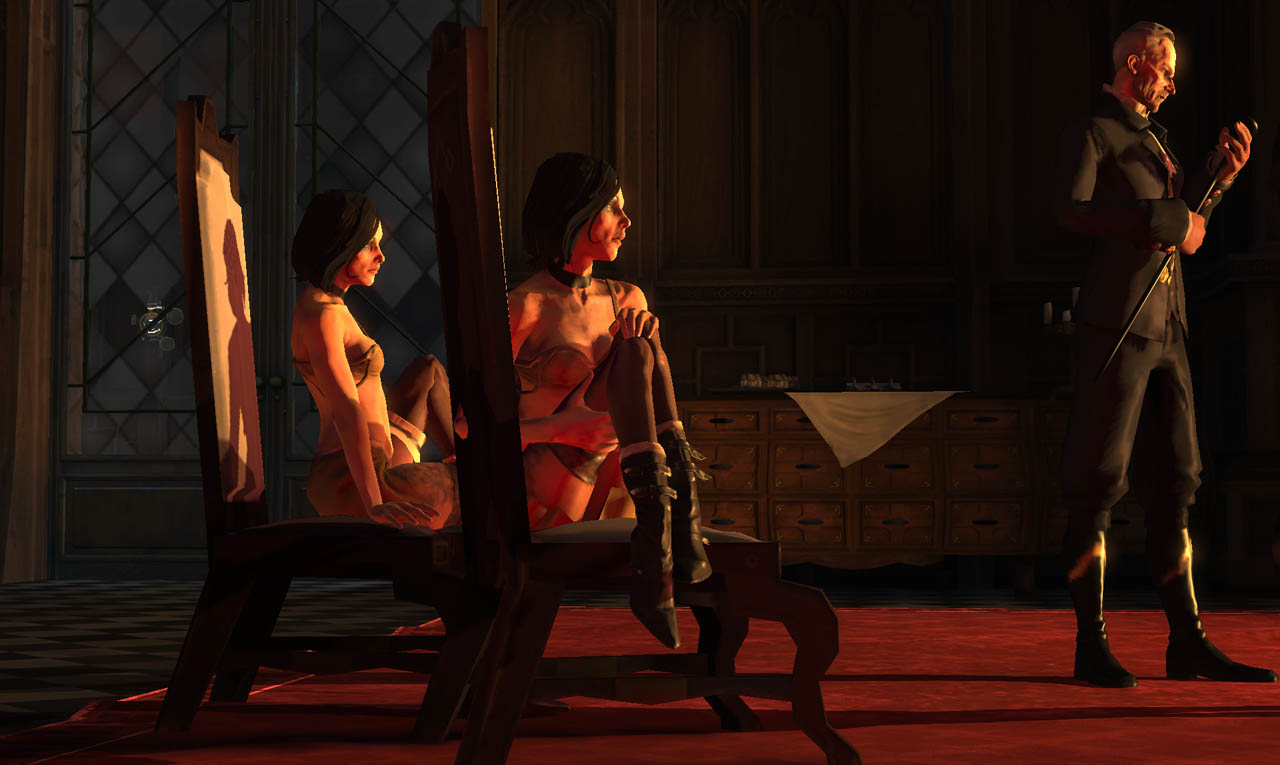 After a brief glimpse into the world of Dishonored last year in Game Informer, Arkane Studios has gone quiet on the upcoming project.  Today, Bethesda released a bunch of new screenshots and artwork for the upcoming title, which is said to feature a supernatural assassin of some sort, and apparently, a lot of whores, artistocrats, long-legged walker thingies, and others which can be found below.

Dishonored is due out some time this year on Xbox 360, PS3, and PC and we’ll likely be getting a lot more detail to go along with the screenshots that we’ve seen up to this point.

The new shots show off some of the assassin’s tricks of the trade and special abilities, as well as whores..