The latest news in the world of video games at Attack of the Fanboy
August 20th, 2017 by Jennifer Locke 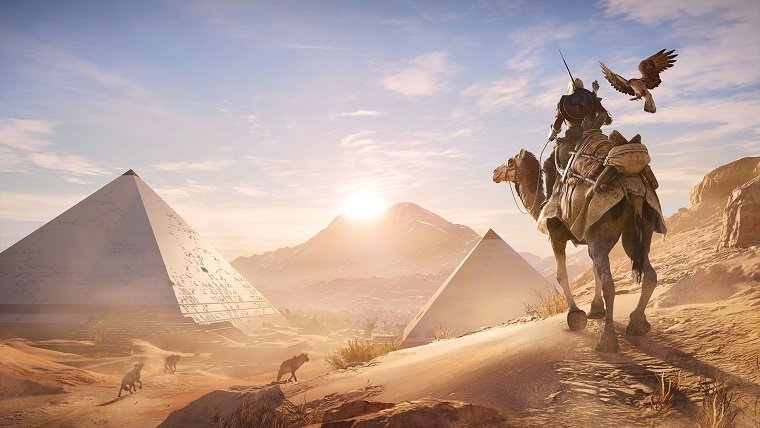 If there is one thing that most Assassin’s Creed fans agree on, it’s that the series has some stunning cinematic trailers under its belt. That tradition continues with Assassin’s Creed Origins which received its first cinematic trailer during Xbox’s show at Gamescom 2017. Considering we had to wait an unusually long time for this trailer, I’d say it’s worth the wait.

In the trailer below, we get a good look at Egyptian culture and architecture, with scenes showing the mummification of bodies and shots of notable structures like the Great Pyramids and Lighthouse of Alexandria. Not only that, but we received our first look at Cleopatra in the game and presumably the Roman army invading Egypt. Bayek, our hero in Origins, finally shows up near the end of the trailer and murders someone of great importance.

Egypt has been a highly requested setting for years and it looks like the team at Ubisoft is working hard to ensure that it’s one of the best Assassin’s Creed games yet. Unlike previous entries in the series, Assassin’s Creed Origins completely revamps the combat system and aims to have more of an RPG feel with new mechanics that create a more dynamic experience.

Assassin’s Creed Origins is coming to Xbox One, PlayStation 4, and PC on October 27, 2017. After skipping last year, it will be the first major entry in the series since Syndicate released in 2015.