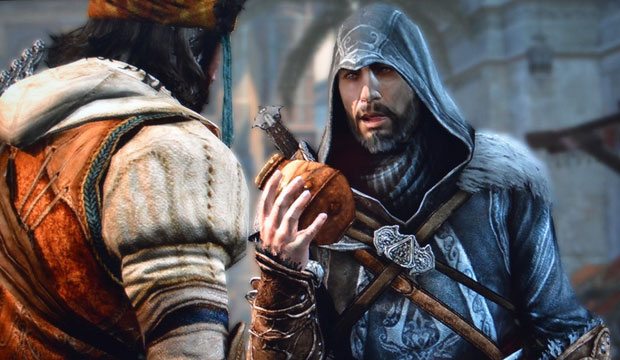 The error was quickly rectified, but not before someone grabbed an logo image for the next Assassin’s Creed game. The page was developed in Flash, and held original Assassin’s creed protagonist, ALtair’s name written in Arabic. Ubisoft has made no comments on this recent leak, as they may have been saving this reveal for their upcoming conference at E3, but it’s no secret of their intentions to release an Assassin’s Creed game this year. A recent investor call had the publishing giant revealing the next game in May 2011.