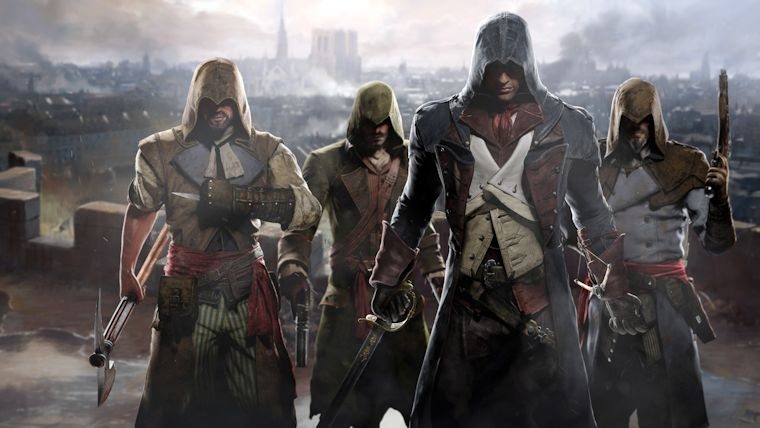 Assassin’s Creed Unity has been in the news a lot the last couple days, but not for the best of reasons. Talks of parity between the consoles forcing it down to 900p on both has taken the spotlight, as well as the news that it was going to be 30 fps. However, the game’s developers at Ubisoft have spoke out to say that the latter might not be such a bad thing after all, including it possibly being the new industry standard.

In an interview with TechRadar, World Level Design Director for Assassin’s Creed Unity, Nicolas Guerin detailed why they didn’t go for 60 fps on the game.

“At Ubisoft for a long time we wanted to push 60 fps. I don’t think it was a good idea because you don’t gain that much from 60 fps and it doesn’t look like the real thing. It’s a bit like The Hobbit movie, it looked really weird.

“And in other games it’s the same – like the Rachet and Clank series [where it was dropped]. So I think collectively in the video game industry we’re dropping that standard because it’s hard to achieve, it’s twice as hard as 30fps, and its not really that great in terms of rendering quality of the picture and the image.”

The interview also featured some interesting commentary from Creative Director Alex Amancio, who explained how 30 fps was more suited to this type of genre.

“30 was our goal, it feels more cinematic. 60 is really good for a shooter, action adventure not so much. It actually feels better for people when it’s at that 30fps. It also lets us push the limits of everything to the maximum.

“It’s like when people start asking about resolution. Is it the number of the quality of the pixels that you want? If the game looks gorgeous, who cares about the number?”

It almost seems like Ubisoft is trying to defend their decision in whatever way they can, but it still likely won’t be the popular opinion amongst gamers regardless, especially with the sentiment that this will be a new industry standard.

Assassin’s Creed Unity is set to release for Xbox One and PlayStation 4 on November 11.