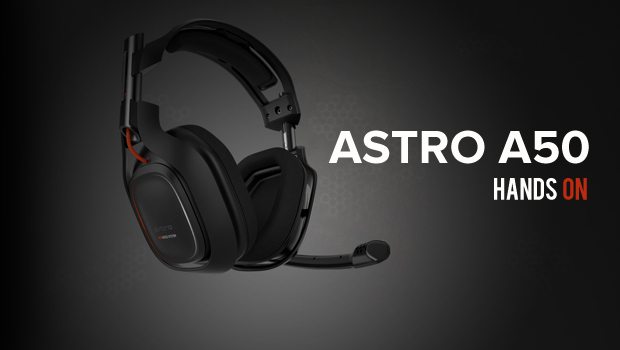 When you think about the gaming industry’s audio realm, chances are there are only a select few brands that immediately come to mind. While Turtle Beach and Tritton have held a majority of the public’s attention, mainly due to the fact that they’re widely available and well promoted within popular retail chains such as GameStop, an entirely different audio brand is primed to transform that very landscape.

Gamers, especially those familiar with the competitive circuit, are no stranger to Astro. 2008 saw the release of the Astro A40s, the first of the company’s attempts to breach the competitive gaming market. Those efforts were executed further with Astro’s implementation of the MixAmp 5.8 which endowed their premier headset with “wireless” capabilities. They were successful in their endeavors to say the least. Astro rose to national prominence with the help of the MLG as one of gaming’s premier competitive leagues was not only providing Astro MixAmp racks at the main stage as well as at all Halo: Reach team stations and PC setups for Starcraft 2, but they were also being marketed by some of the league’s top pros. 2011 Halo: Reach National Championship winner Instinct gained a sponsorship from the company as did Call of Duty juggernauts Team EnVyUs and OpTic Gaming.

The quality and adaptability of the MixAmp 5.8 is undeniable, though it did garner some criticism for the amount of equipment necessary for setup, which is why we use the term “wireless” above in quotations. In order to fully take advantage of the system’s wireless ability, you’re required to plug a wired headset into a receiver belt pack, which in-turn wirelessly connects to the transmitter base. If it sounds bulky and inconvenient for those of you who don’t like to be restrained to your couch during gaming sessions, it sort of is. Thankfully, Astro has realized this problematic situation has a much better solution, and they’re implementing it with the new A50s.

While we were up to our necks in gaming news and previews of the year’s most anticipated upcoming titles at E3, we made a concerted effort to hike from the L.A. Convention Center to the Luxe Hotel where Astro was proudly showing off their first fully wireless headset in all of its extravagance. We briefly sat down with Astro’s Marketing Director, Aaron Drayer, where he not only demoed the A50s but also explained their major differences from the A40s and the principal innovations the product will be delivering to the living rooms of gamers.

We noticed instantly that Astro has spent a majority of the A50’s development time tweaking its ergonomics and functionality in an effort to improve the convenience that the A40s lacked.  How? Mostly by taking everything that made the A40s cumbersome and literally stuffing it all right into the earcups of the A50s.

Now hard-wired and non-detachable, the mic boom is situated on the left earcup and flipping the mic into its upward position will mute it, as opposed to having to fiddle around with an inline switch. A 5.8GHz KleerNet-equipped wireless radio is also packed in on the left, making the A50s the first wireless headset to support 5.8 KleerNet technology.

The features implemented on the right side of the A50s are really the product’s selling point and are what enable you to go truly hands-free. The right earcup itself acts as a two-way switch, giving you completely wireless control over voice and in-game volume without the need for additional components. Clicking the earcup/button forward raises the game’s volume while pressing it back raises the volume of chat (just in case you found the relentless swearing of your friends to be too faint). On the back seam of the right earcup, you’ll find an adjustable wheel for overall volume and a switch that controls all three of the A50’s presets.

The first of these stipulated calibrations is the “Media” mode designed for listening to movies and music while the second is the “Core” mode that essentially lays the audio flat and enables the Dolby 7.1 surround sound to be heard as the developers intended. While we didn’t have much time to thoroughly detail these two presets, we’re looking forward to messing around with them meticulously when we’re able to get our hands on the A50s again in a few weeks. The preset we’re currently most familiar with is the “Astro” mode, which Drayer described as the profile best standardized for competitive gaming.

If there was one shortcoming to Astro’s A50 presentation at the Luxe, it was the fact that they used Call of Duty: Modern Warfare 3 as the benchmark to test the audio. Not to say anything about the quality of MW3 as a game, but the audio, when compared to the strikingly realistic war sounds of Battlefield 3 for example, come up sounding hopelessly cartoonish. While we’ll certainly be using a different title during our review of the A50s, it’s possible that Astro may have ingeniously planned to use the middling audio of MW3 to subtly demonstrate how A50s can turn what is generally perceived as average-sounding audio into extraordinary-sounding audio.

As Drayer played through a round of Survival, we were given a remarkable sense of location on the battlefield as even the most nuanced actions and movements of enemy soldiers were audible. Russian troops could be heard speaking in their native tongue well before they ever appeared in sight. Drayer’s AR distributed tangible reverberations even in the confined space of the Paris courtyard he was running through and grenade and vehicle explosions had a rich bass perceptible enough to sound realistic without sacrificing the balance of other environmental audio. Also worth noting is the sense of isolation felt as soon as the A50’s cups are over your ears. I became aware about halfway through the demo that Drayer had been answering media questions whilst playing and I hadn’t noticed in the slightest. Segregation from your surroundings is undoubtedly an aspect serious gamers value, and it’s good to know that the A50s will add that to your gaming experience.

Packaged with the A50s is the headset’s base transmitter, the unit responsible for hooking up your cans with actual sound. The transmitter, built with the blueprint of the MixAmp 5.8, boasts full Dolby 7.1 surround sound. On the back is an optical input as well as a 3.5mm auxiliary input for chat connection to the PS3 or a music line-in with the 360. Also visible were the USB ports for charging and additional peripherals, and a slot for the headset’s power cord. What’s neat about the transmitter is that it allows for gamers to daisy-chain audio lines for private chat and can be chained up to four other A50 headsets.

While we weren’t able to fully indulge on Astro’s newest and most elaborate product to date back at E3, we’re confident that gamers eager for the next advancement in gaming audio will find much to love about the A50s. The headset will be adaptable to all major platforms including the Xbox 360, PS3, and PC, and features some of the most prominent and ambitious facets a wireless product has ever attempted to pull off. We do worry however, that the attachment cord necessary for the 360 (a port is located on the back edge of the left earcup for this purpose) may be enough to deter Xbox gamers not willing to pay the pricey $300 for wireless headphones they can’t fully use wirelessly. It’s certainly something we’ll be looking at in detail when we review the A50s in the coming weeks.

The Astro A50s recently became available for pre-order and will begin shipping to first customers mid-July. If you already find yourself salivating over the impressive specs of the A50s, you can pre-order here.

PC GAMES PC Gaming Xbox Xbox 360
You May Like