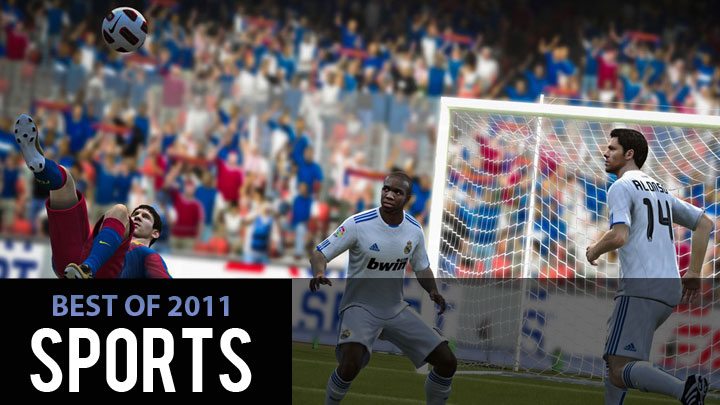 EA absolutely nailed it with FIFA 12 in a number of areas, but what really hit home for us was the improved intelligence of the computer teammates in this year’s rendition.  The refined Player Impact Engine makes the impact that EA was hoping for in FIFA ’12, giving the game a much more grounded and true to life feel.  The first time you jockey for position or battle for control in FIFA 12, you’ll find that there is a much deeper element at play here, when it comes to the physics behind the game.  Better touch controls for dribbling and passing are juxtaposed with the new tactical defending options at your disposal.  This makes the game feel more like a real soccer match than a button pressing contest.  For these notable inclusions FIFA 12 was a runaway for our Editor’s Choice Sports Game of the Year.

Attack of the Fanboy readers once again agreed, as FIFA 12 was the clear cut winner in voting for our Reader’s Choice Best Sports Game of 2011.  Thanks to everyone who took the time to vote. 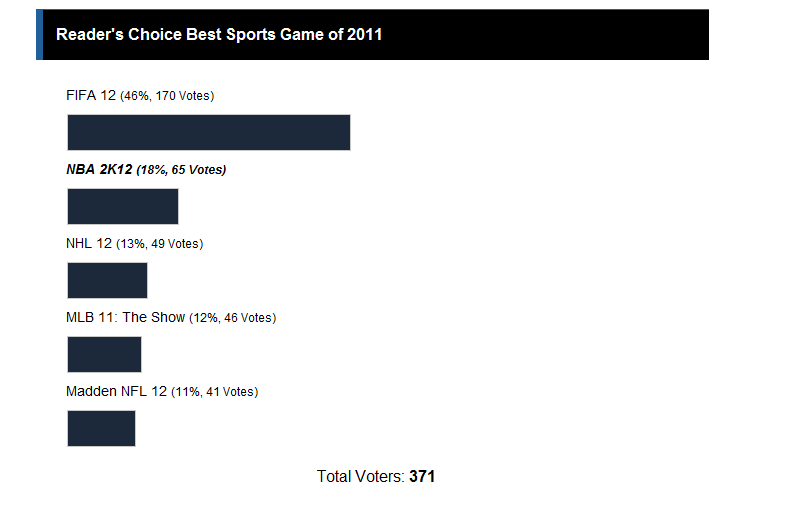