The latest news in the world of video games at Attack of the Fanboy
September 29th, 2016 by Kyle Hanson 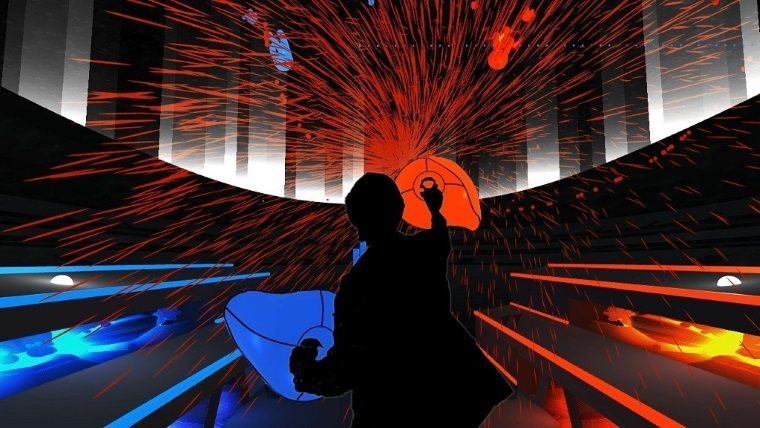 Audioshield is easily one of the best VR games out there right now. Its simple premise allows for such frenetic and enjoyable gameplay that the game has been in near constant use on my Vive ever since I bought it. However, the game has somewhat languished as of late, with no word from the developer on any possible future for the game. That changed today with a brand new update rolling out across Steam. While this update is big in a number of ways, it also has caused some very upset customers at what it removes.

YouTube support is the biggest addition, giving players the ability to stream music from the video service, while having the actual video play in the background. This should greatly expand the music selection, with a nice set of search features that players can use.

Finally, a new stage was added that looks quite gorgeous and should give players some much needed variety. Title Horizon, the new stage is much more colorful and open.

However, with these come the loss of Soundcloud streaming, which has been pretty much the main way players streamed music before. YouTube is a nice alternative, but it’s not quite the same for many players. The rumors are that changes at Soundcloud have prompted the removal, but we haven’t heard anything from the developer on this.