Avalanche and Square Enix possibly working on Just Cause 3 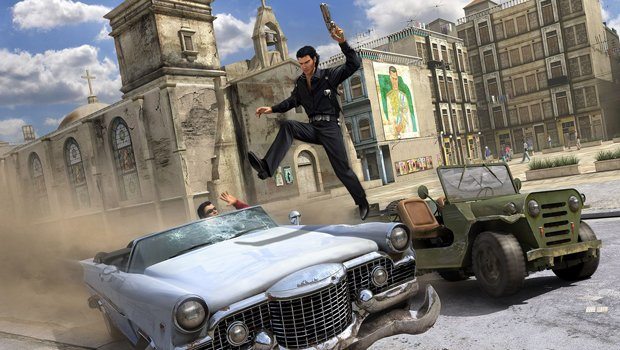 When we first got our hands on Just Cause 2 back in 2010, we reveled at how much fun we had tossing ourselves off mountains, using the grappling hook to attach ourselves to overhead helicopters, and simply creating chaos by blowing up the government’s sh*t.

Just Cause 2 really pushed the boundaries in terms of what an open-world action game should really allow the player to accomplish. According to a report from Eurogamer, we may get the opportunity to cause even more glorious destruction as Just Cause developer Avalanche is once again collaborating with Square Enix on a “ground-breaking” open world game.

While Avalanche developed the first two games in the franchise, and Eidos Interactive published them, Square Enix assisted the two companies in distribution and ensuring the game was at its absolute best by the time it hit store shelves. Considering Avalanche and Square Enix have had a successful working relationship in the past with the Just Cause series, many presume that this new project is indeed the rumored Just Cause 3.

According to the report, an e-mail sent to Eurogamer confirmed that Avalanche is in fact prepping development on “multiple current and next-gen console projects due out in 2013 and 2014.” It’s extremely plausible that one of these unannounced projects is Just Cause 3, however the question arises whether the game will be published before the next-gen consoles are available to the public. Hopefully Square Enix will not be sparse with details when E3 heats up in just a few days.