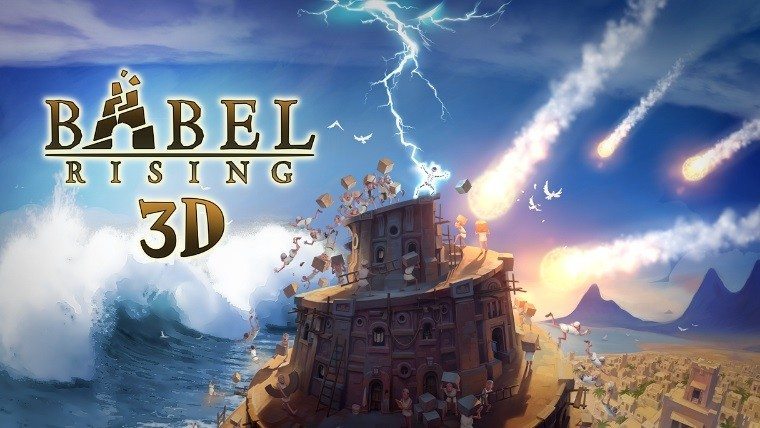 AMA and Mando Productions have just announced that their title Babel Rising 3D is their first game to release on the Samsung Gear VR Innovator Edition.

The Samsung Gear VR Innovator Edition version of the game will cost $2.99 and is compatible with the Samsung Galaxy Note 4 and will also launch on the Galaxy S6 and S6 Edge. A successful series in its own right, Babel Rising 3D is part of a franchise that has over 10 million downloads. By releasing Babel Rising 3D on the Samsung Gear VR Innovator Edition, which is powered by Oculus, the team hopes to “offers players a simple gameplay centred on the user and impressive graphics”.

Gameplay is kept simple but this does not hold the game back from being addictive and, at times, explosive. The player takes up the role of a God that must stop the Babylonians from constructing the Babel tower. This is done by unleashing godly powers such as lightning bolts, meteor showers, floods and earthquakes. Builders come in waves to construct the glorious Babel tower but within their ranks are other unit types, such as priests, to add variety to the gameplay. Not only is there a mission based solo campaign but a survival mode; where players can test out their divine powers out to see how many waves they can defeat.

The biggest change from previous versions of Babel Rising is that all the game controls have been adapted to the Samsung Gear VR Innovator Edition specifics, alongside a remaking the menu system. AMA and Mando Productions have confirmed they have added more than just updated controls into the game: “Since Babel Rising 3D is in immersive 3D, we added a 360° sky and specific sound and special effects when powers are triggered.”