The latest news in the world of video games at Attack of the Fanboy
June 5th, 2021 by Ian Lehine 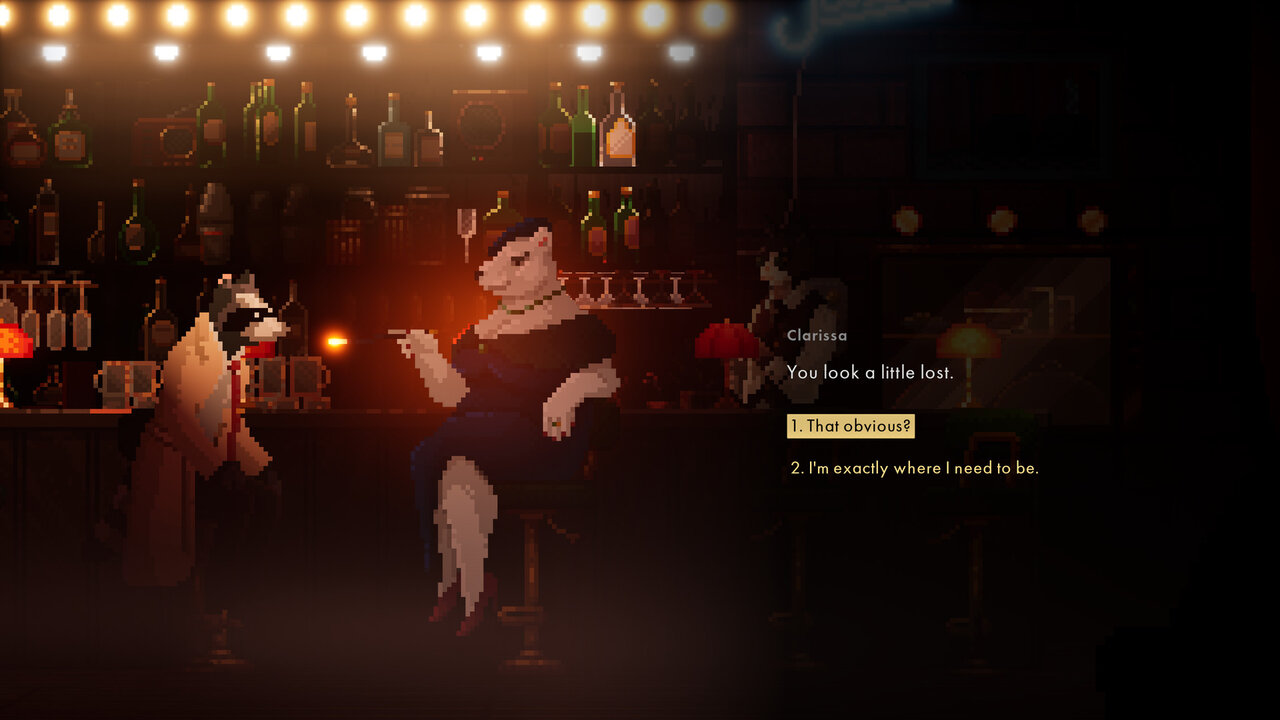 Backbone, a stylish new post-noir adventure game launches this week for PC. In this story-driven detective title, players follow a melancholy private eye named Howard Lotor as he gets caught up in a sprawling and sinister mystery at the heart of a dystopian Vancouver. The catch: he’s a raccoon and the world is run by animals. In Howard’s world, there is a strict animal caste system, one with primates at the top and “vermin” like Howard at the bottom. Think a less zany Bojack, where being born a cat or an otter has real consequence for what you can do and who you can be.

Backbone has all the makings of an impressive adventure game. Its pixel-art style gives it a retro feel and combines with 3D effects like dynamic lighting and volumetric fog to create a unique take on classic noir visual elements like rain-slicked streets and big, bleak cityscapes. Further, the game has a minimal, moody “doom jazz” soundtrack known which cements an atmosphere that is alienating and evocative. This grim and emotional world is the backdrop for a story that snakes its way in and out of the lives of Howard’s fellow animals, all of who are just trying to get by. As the player progress through the game, they will meet characters from across alternate Vancouver’s complex social hierarchy. Altogether, Backbone looks like it has a story you can get lost in, a literary open-world where solving its mysteries require the player to really feel its setting and engage with its cast.

Backbone releases for PC Tuesday, June 8th. If you can’t wait that long, you can get your paws on the game’s prologue demo which is available to play right now on Steam. The game will be a part of Xbox’s June Game Pass additions with releases for the PlayStation and Nintendo Switch coming later this year.