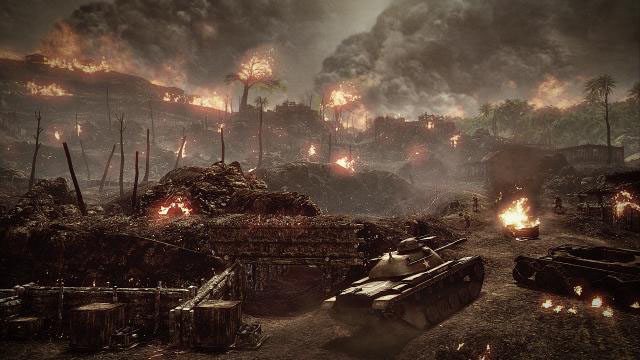 Battlefield Bad Company 2: Vietnam – Remember Operation Hastings?  You know, the one where players work together to unlock a map by completing team based objectives.  Well PC users have unlocked the new map by completing the 69 million team actions.

These things that must be done include, healing teammates, reviving squad members, dropping ammo, and all of the other things a good Battlefield team member does.  You can read our review of the recently released expansion, and if you own the game for the PS3 and Xbox 360 it’s certainly a must get.

So join the fight, PS3 users and Xbox 360 users have yet to unlock the new content but are approximately half way there.