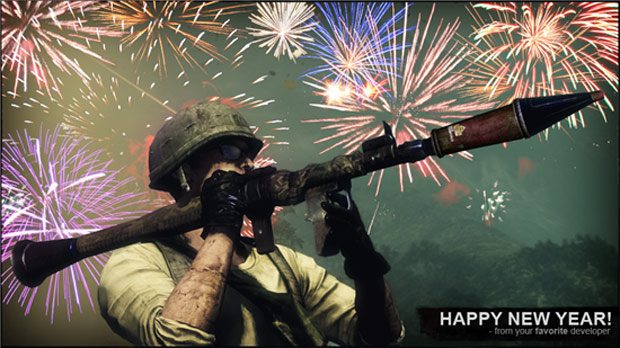 Battlefield Bad Company 2 Vietnam players on the Xbox 360 and PlayStation 3 consoles rung in the New Year with a bang.  The Operation Hastings map was unlocked on the PS3 and Xbox 360 as a New Year’s gift from DICE.  Earlier in the week PC players had completed their team based objectives to unlock the map reaching the lofty 69 million team objectives.

If you haven’t yet picked up Battlefield Bad Company 2: Vietnam, it’s the now 5 map expansion to the already incredible Bad Company 2 multiplayer suite.  Set in Vietnam, with a completely redone, teams, weapons, vehicles, maps, and more.