Batman: Arkham City Will Be Hitting the Streets…Hard 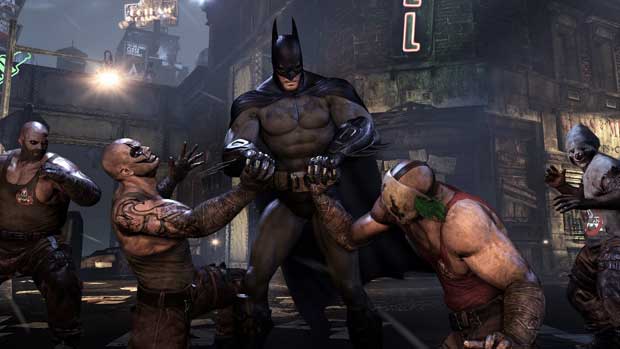 Rocksteady Studios has recently claimed that Batman: Arkham City will be primarily based outdoors on the streets of Gotham.   Of course we’ve heard that this next installment in the Batman franchise will have a bit more exploration than its predecessor but 80% of the game will be taking place on the streets.   Out on the streets is where Dax Ginn of Rocksteady, says that the game will offer players the opportunity to explore the universe that has been created.

“Interiors are locked to specific missions, but 80% of the game takes place on the streets. This means you can begin the game and just start exploring. Our objective was not to make a bigger game world just for the sake of it. We want to fill it with content, and there’s no better world than Batman’s universe to take inspiration from.” – the developer told CVG.

“We have 97 people on the team, compared to 65 on the first game. Because we’ve decided to make such a large world we had to bring in more artists, animators and so on. It’s been a pretty huge technical and creative undertaking for the team.”

Get ready to police the streets of Gotham with the brutal vigilante justice that only the caped crusader can dish out this October when Batman: Arkham City releases on the 18th for the Xbox 360, PS3, and PC.