The latest news in the world of video games at Attack of the Fanboy
May 3rd, 2016 by William Schwartz 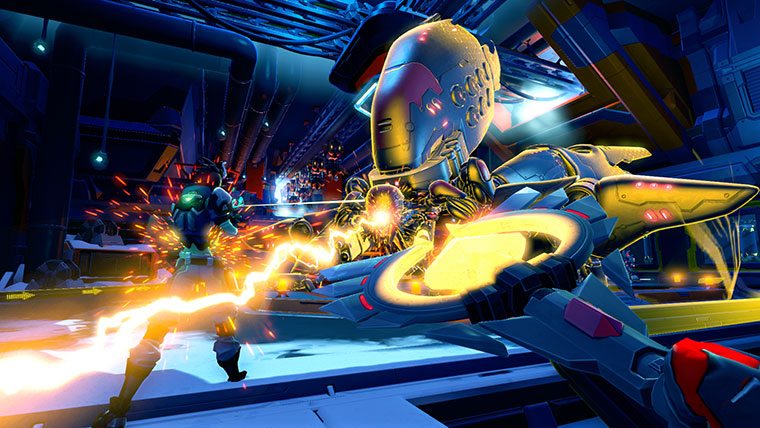 Gearbox Software, just hours ago, launched their latest shooter in Battleborn.  You might be wondering why you haven’t seen any review scores for Battleborn on most gaming websites, and it’s basically because of a couple of reasons.  A) Review codes for the game were held back due to the online nature of the game B) It’s hard to review an online game without a community of players playing it.  We’ll be taking a couple of days to look at the game’s modes, which include cooperative and competitive multiplayer, as well as a pretty deep leveling and progression system for a wide variety of characters.

Until then, we’ll have some commentated footage of the game up prior to the review, giving our first impressions of the Xbox One version of the game.  The good news is, as per this status update for our Battleborn Review, servers have been working.  That’s a pretty good sign considering just how many games don’t work on day one.

Playing the launch product feels very similar to what we saw just a short while ago, those impressions you can find in the video below.  You can also find this interview we conducted with Gearbox’s Randy Varnell.

Check back later this week for our official review score for Battleborn.