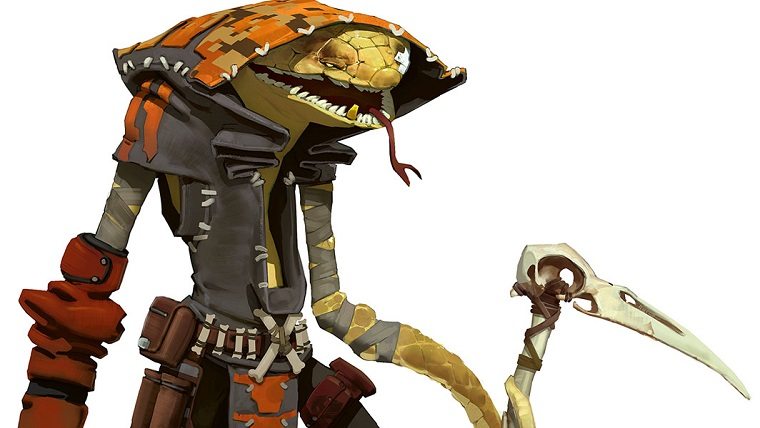 Gearbox Software has just revealed the latest character that is set to be coming to their FPS/MOBA hybrid called Battleborn, and he sure is interesting. The character’s name is Pendles, and he is set to launch in all versions of the game within the next couple of months.

“Hailing from the water world of Akopos, and pals with Alani, Pendles is a cold-blooded killer. No, literally. This anthropomorphized reptile will ssssneak up on you, poison you, perforate you with dual kamas then – poof – disappear without leaving a trace. Oh, yeah, and he wears a dope pair of sneakers.  Get it? “Ssssneaky”?!? Wears sneakers?!? (Fine…fine.) This Rogue’s rogue may be a cold-blooded assassin-for-hire, but Ghalt felt was safer to have him on the team, than not.”

The first new character that is available now for season pass holders and next week for everyone else is Alani, who is “the last vestige of an Eldrid monastic warrior enclave on the freshwater ocean planet, Akopos. Raised with a deep reverence for water, Alani learned to embody and manipulate low-viscosity fluids with the use – er – rather, the warranty-breaking misuse of a water-soluble nanotech. This technology and her training allows her to manipulate water all around and even within her own body, healing injury and ailments.”

Battleborn is available now for PlayStation 4, Xbox One and PC.