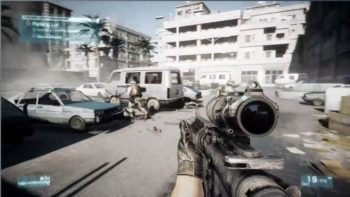 Battlefield 3 has been struck with the Iranian Banhammer.  A report details that all stores in the country would be breaking the law by selling the game.  Which would make sense, because EA doesn’t distribute games to Iran, and copies that have made their way to store shelves would have been pirated software anyway.

Though the ban has nothing to do with piracy.  It’s said that the game has been banned because of its sensitive content and depiction of a military conflict in the country.

Iranian police have been conducting raids in the country of stores suspected of stocking the illegal game.