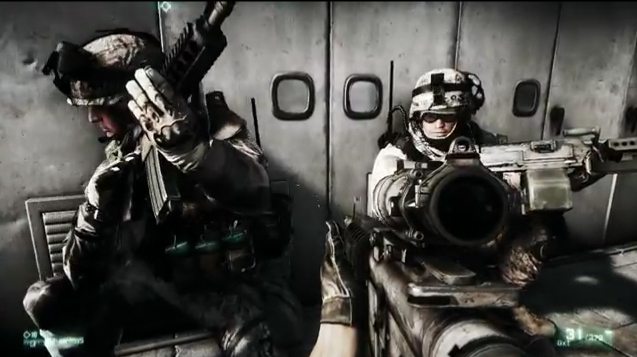 DICE is focused on flattening the competition with Battlefield 3 this Fall.  DICE’s Karl Magnus Troedsson thinks that his game’s competitors aren’t doing much by way of innovation, in fact ‘they’re barely keeping their heads above water.’  Perhaps the developer senses what many in the gaming community feel about the Call of Duty franchise, that it has become the Madden of the first person shooter genre.  Small tweaks, and yearly renditions, are two things that we’ve come to expect from the Call of Duty series.

Troedsson respects his competition, and how can you not, Call of Duty’s success has increased year after year since Modern Warfare introduced a whole new generation of gamers to military first person shooters.  “The competitors … are out there, they’re established, and they’re very, very big, ” – Troedsson said.  But the developer believes that DICE’s investment of time, energy, and money into its latest game will ring true with gamers.

“Every time that we launch a new game, we ask ourselves – what can we do better? What can we make faster? More fun? So, first and foremost we always compete with ourselves,”.  While the developer wasn’t too keen on comparing his next game with any other games, it will be hard not to when Battlefield 3 and the next Call of Duty release in closer proximity to one another later this year.