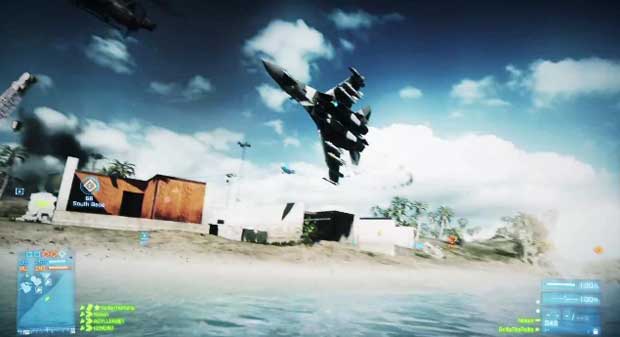 Battlefield 3 sales have hit the 8 million threshold, as announced by EA.  Eric Brown, the CFO of Electronic Arts addressed investors at the Baird Technology Conference in San Francisco.  EA’s last updated had the game selling 5 million copies with around 10 million copies shipped to retailers and apparently the game is still selling well over thirty days from launch.

The game which went on sale at the end of October, appears to be maintaining its popularity as consumers are still pushing sales higher as gamers get their Christmas wishlists in order.  Brown also announced that EA has shipped another 2 million copies of the game to retailers, bringing that total up to 12 million.

Battlefield 3 will see its first content update early next month, when the game sends players Back to Karkand to play classic, remastered Battlefield maps from previous games.  While it’s not quite Modern Warfare 3 numbers that DICE has achieved, the marketing blitz the game had leading up to launch, and the destructive gameplay that the developer offers, seems to have resonated in the competitive shooter genre.