Battlefield 4 finally gets patch for PlayStation 4 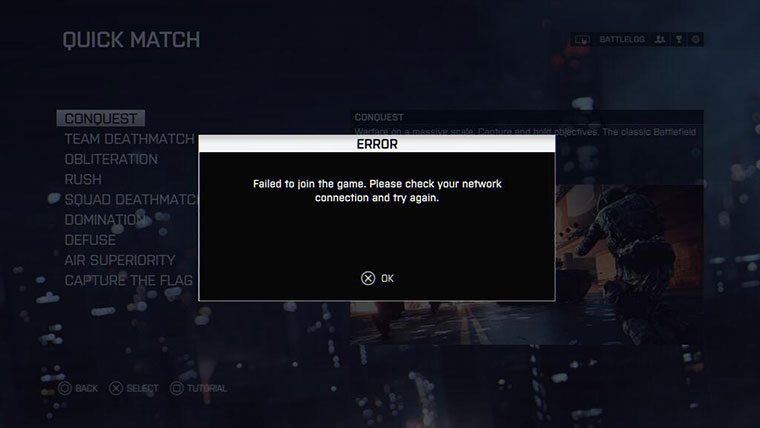 Battlefield 4 on the PS4 has been broken since launch on November 15th. Today, DICE released a patch for the game that effectively fixes the issues that players have been encountering. The crashes and error messages finally appear to be gone, and now PS4 owners can get the full next-gen Battlefield experience that they were promised.

The patch includes fixes listed below:

While it did take almost two weeks to get the patch, it should be worth it for Battlefield fans. When working, it’s one of the most impressive next-gen console games available.  It appears  that DICE has also remedied the issues with Conquest Mode, as well.  Following the release of the patch, we tried all the modes to see if we could access them, and ran into no issues when doing so.    Here’s hoping that it’s smoother sailing going forward for Battlefield 4 on the PlayStation 4.