The latest news in the world of video games at Attack of the Fanboy
May 6th, 2016 by Scott Grill 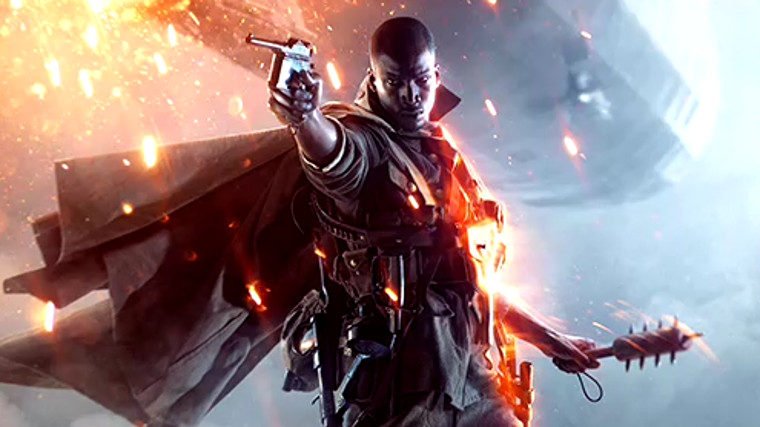 UPDATE: The leak has been confirmed by the BF 5 reveal stream, with the next game officially titled Battlefield 1

Original Story: The Xbox One may have just provided the first true leak into where Battlefield 5 is headed. An image was displayed in the Xbox Store section strongly suggesting a take on the first World War for the PlayStation 4, Xbox One, and PC.

The Battlefield 5 image on the Xbox Store was captured by NeoGAF user Backfoggen and displays both the familiar and not so familiar. There is an airship in the background of the image, strongly suggesting a World War I setting, when the ships were still in use.

This is further confirmed when you look at the weaponry. The solider is holding what looks like a melee weapon used during World War I called a Trench Club. These were used in trench warfare for hand-to-hand combat when raiding enemy positions. 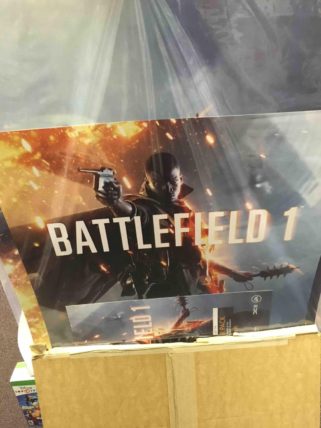 Meanwhile, his right hand holds some sort of variant on the Mauser C96 pistol. This weapon was introduced in 1896 and manufactured in the early part of the 19th century and used during World War I.

By now, it is obvious Battlefield 5 is going back to World War I, which should provide an interesting contrast Infinity Ward’s future setting with Call of Duty: Infinite Warfare. There are rumors that this could be an alternate history take, so we’ll have to wait for the full reveal or additional reveals.

DICE is set to reveal Battlefield 5 on Friday, May 6 at 4 p.m. ET / 1 p.m. PT. The guy’s behind the planned trailer say it will melt the internet.

Update:  Further leaks from retail channels reveal the game as “Battlefield 1.”  showing more of the key art that was leaked earlier.  DICE is set to reveal the game later today.

Update:  While DICE hasn’t said anything yet, more confirmations are coming in from retail channels that the release date for the game will be October 18th — at least that’s what a poster says.

Update: Leaked promotional poster images show pre-orders come with the Harlem Hellfighters DLC. World War I history buffs will recognize the nickname as beloging to the 369th  Infantry Regiment. This was an all-black U.S. Army regiment during World War I. This unit was actually assigned to the French Army in 1918 where they endured the longest deployment of regiment and served with distinction, bringing home many awards for their service and sacrifice.

The leaked images combine to paint a picture of players filling the boots of a African-American protagonist during World War I. It will be interesting to see how DICE handles the touchy subject of racism during the early 19th century.