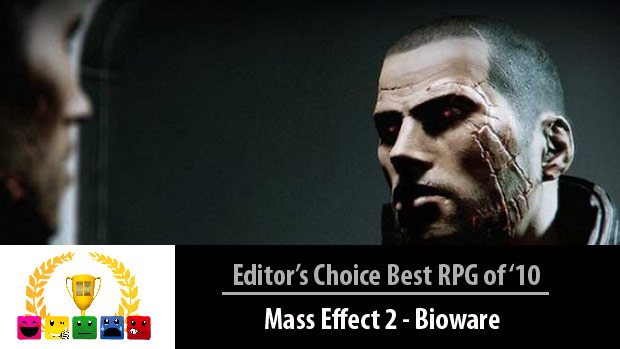 Our editor’s choice for Best RPG of ’10 goes to Mass Effect 2.  Mass Effect 2 represents everything that should be done when making a sequel.  The second title in the franchise managed to improve upon each and every facet of the first Mass Effect.  The melding of the RPG and shooter will never be the same after Bioware’s efforts in Mass Effect 2 and was not only the best RPG of the year, but will be one that redefines the importance of great story telling in games.

Our nominations for the Best RPG of ’10 Reader’s Choice were Fallout: New Vegas, Mass Effect 2, Final Fantasy XIII, Fable 3, and White Knight Chronicles.  Thanks to everyone who voted.  The results below are the top three readers choice award winners, with Mass Effect 2 taking home the title this year.  Honorable mentions were Fable 3 with 7% of the total votes. 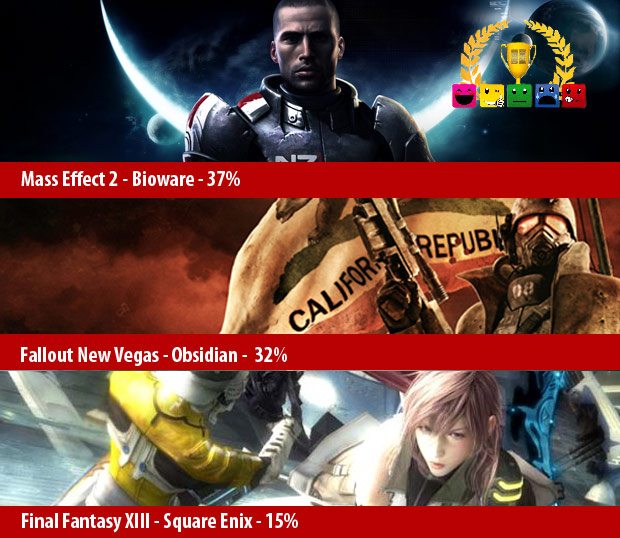