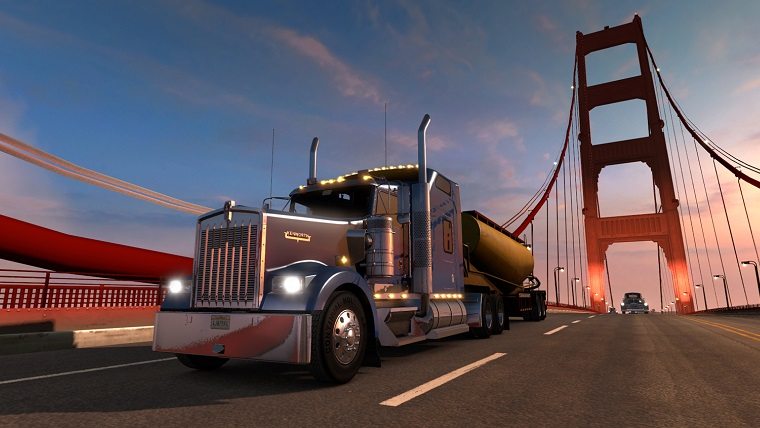 Surprisingly, the developers have revealed that the demo is about the size of the full game, though there are less missions for you to choose from. Also, if you purchase the game after playing the demo you will be able to continue driving where you left off, with the save game from the demo being compatible with the full game.

Despite the fact that American Truck Simulator just has you driving around America while delivering cargo, it has received praise for its great graphics and incredible replication of the areas contained within it. However, there has been some criticism regarding the game’s lack of content at this point, with only the states of California and Nevada being available at launch.

More content is expected to be released throughout the year for the game that will fill in more of the map of the US, but for now the amount of stuff to do is pretty limited. Thus, it’s better to just take the demo for a spin and if you like it then wait for the game to have more content down the line.