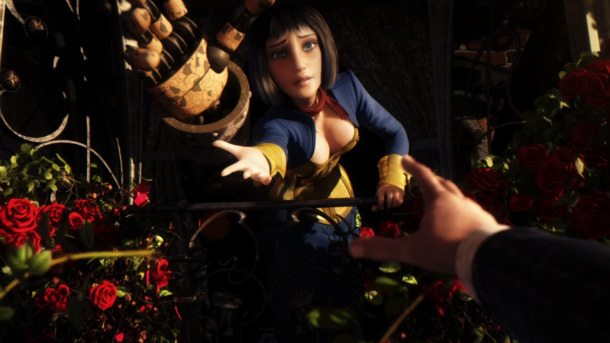 Bioshock Infinite’s development has hit a new milestone, and with it comes the realization that the game will not be ready by October of this year. New possibilities for the game have come to light and Irrational Games has decided to hold the game off until February 26, 2013 in order to fully implement some very innovative features.

“When we announced the release date of BioShock Infinite in March, we felt pretty good about the timing. Since then, we’ve uncovered opportunities to make Infinite into something even more extraordinary. Therefore, to give our talented team the time they need, we’ve decided to move the game’s release to February 26, 2013. We wanted to let our loyal (and very patient!) fans know this as soon as possible.”

Ken Levine went on to say that, “I won’t kid you: BioShock Infinite is a very big game, and we’re doing things that no one has ever done in a first-person shooter.” He then compared Infinite to a similar situation they had with the release of the original Bioshock, where the game was delayed by several months in order to adjust certain features, such as getting the Big Daddies to be more like the characters we know now.

Because of this delay, Irrational Games has decided to hold off on showing their game at this summer’s events like E3 and Gamescom, in order to focus their time on development so that the next time we do see the game, “it will be essentially the product we intend to put in the box.” It is sad to see such a delay, this was one of the most anticipated games to come out this year. But if it’s to make it even more unique and innovative than it is now, fans will surely wait patiently for the shooter that ‘will go where no shooter has gone before.’ The game is now intended to release on Xbox 360, Ps3 and PC early next year.