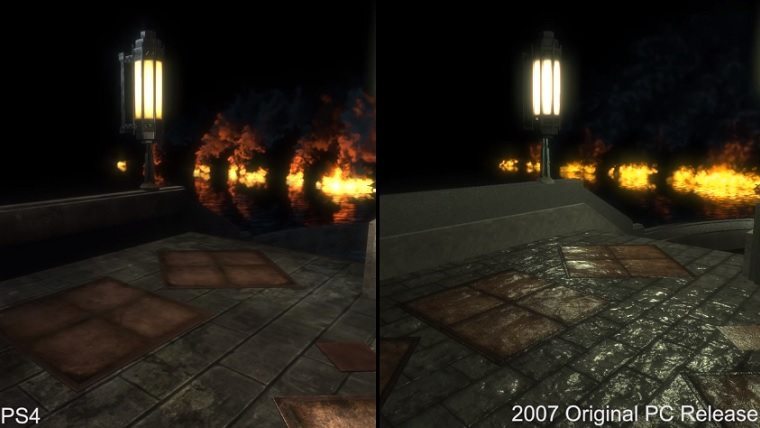 While the BioShock remaster that came out recently is a great way for people who have never played the game before to check it out for the first time, some have been questioning the quality of the remaster work overall. Now Digital Foundry has released a video comparing the remaster to the original version of the game, and there are definitely some questionable moments.

Digital Foundry’s summation for their video is as follows: “The very first BioShock receives a few curious changes in this PS4, Xbox One and PC re-release. Textures, lighting and more are altered – sometimes not entirely for the better – when compared to the 2007 original. It’s a solid port for the most part, with the game typically running at the target 60fps on console.”

While the game seems to run fine, the biggest issue has to do with textures in some spots looking inferior to the version of the game that launched nearly 10 years ago. One example would be at around the 4 minute mark of the video that pits the new PS4 version against the original 2007 PC version, and the original PC version looks vastly superior.

While some of this stuff might not be a big deal to some, if the comment section of the Digital Foundry video is anything to go by then lots of people are pretty underwhelmed by the remaster work. Check out the video below.