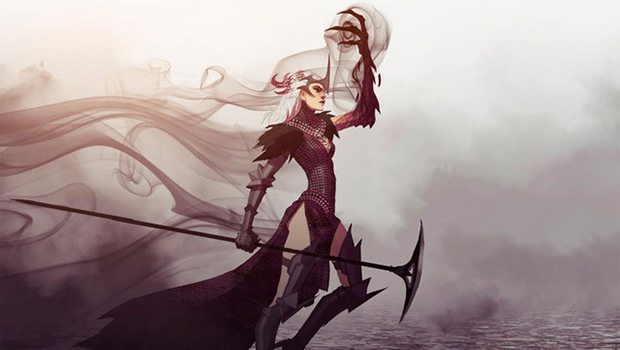 Details are slim about Dragon Age III, but recently Bioware’s Aaryn Flynn explained that the third installment of the Dragon Age franchise will take a page from Bethesda’s Elder Scrolls franchise. Flynn calls it impossible not to look at Bethesda’s award winning Elder Scrolls V: Skyrim when developing their next game.

“You can’t look at a game like Skyrim and not think about how impressive what they’ve accomplished is or think that’s an interesting new direction or that there was something that didn’t work well for them that we could take in a new direction. So we’re always influenced by these games, especially in a relatively tight-knit genre like RPGs,” Flynn recently told GI.

It’s hard to tell if Bioware will take an open-world direction with Dragon Age III, as it’s always been a popular feature of the Elder Scrolls series. The developers have hinted at a much larger world in terms of size and scope however. Bioware has also revealed that character customization will play a bigger role in Dragon Age III, but as for video and images of the upcoming game, they’ve released nothing aside from concept art for the game.