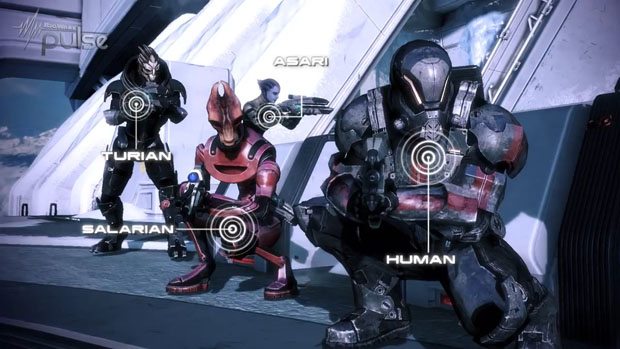 Bioware recently announced that multiplayer would be headed to the Mass Effect universe this winter when Mass Effect 3 releases. The Galaxy at War mode will have players acting cooperatively, and making the game a more social experience. In a recent interview, Casey Hudson of Bioware spoke about how the team had always toyed with the idea of including a multiplayer component to the game.

The team decided against it ultimately, and the reasons that Hudson gives point to the narrative of the story in a recent interview as the reasoning. Hudson explains why this is different in Mass Effect 3, and why the team decided it was time to introduce these cooperative ideas that had brewing at Bioware for some time.

“The difference really was that, with ME3, we adopted a fundamentally different approach to what the thing is about, which is that there is a whole intergalactic war going on, which wasn’t the case in the previous entries,” Hudson said in the interview. “So Shepard is still the hero, making the big decisions, deciding what’s going to happen with the universe and building alliances, but now there’s armies all over the place, fighting to just hang onto different locations. That provided us with a different idea; now in multiplayer you can play as that crew of special forces, journeying around and helping Shepard with the war effort.”

The Galaxy at War multiplayer mode recently slipped onto the Xbox 360 console in an accidental internal beta leak, as well as key story elements being leaked in the process. What say you Mass Effect fans, did Mass Effect 3 need a new cooperative mode?