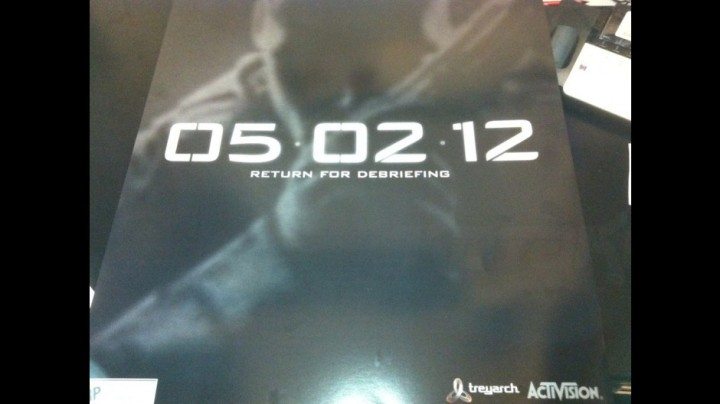 Retailers are leaking games left and right today. Allegedly, an employee at an undisclosed retailer has snapped a photo of a possible promotional poster for what seems to be Call of Duty: Black Ops 2. Activision has yet to confirm what exactly the next Call of Duty game will be, but many believe that a direct sequel to 2010’s blockbuster is the most likely candidate.

Based on the art style of the poster (pictured above) and the tagline “Return For Debriefing,” it seems safe to say that this really is what the next Call of Duty game will be. Black Ops’ narrative was told through flashback while the main character sat in a quite brutal interrogation room being “debriefed” by agents in the other room. You can see how all the puzzle pieces are starting to come together.

Black Ops 2 was outed on a listing on Amazon earlier this year and resulted in a swift overreaction by Activision when a French game news site reported on said listing. After Activison banned the site from attending any of their future events (and then revoked the ban), it pretty much sealed the deal that Black Ops 2 really is on the way. Why else would they get so pissy?

Activision has yet to comment about the photo and most likely won’t until May 2nd (as it seems). Remember, this could be fake so don’t get too excited; nothing at all may happen on May 2nd. It is not advised to bet your friends $20 that Black Ops 2 will be announced by May 2nd. *wink wink*